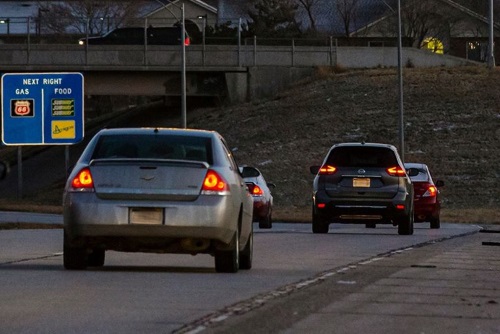 The Nebraska and Idaho transportation departments are both tracking significant declines in traffic volumes due to the economic impact of the COVID-19.

The Nebraska DOT reported on March 31 that state highway traffic volumes dropped 29 percent for the month of March compared to the three-year monthly average compiled between 2016 and 2018, though freight traffic remains at “normal levels.”

The agency noted that traffic volumes fluctuate greatly depending on variables like weather and construction and that motorists tend to take to the road more in the summer, while freight traffic tends to stay fairly steady year round.

The department added that highway traffic data for 2019 was excluded from this analysis due to the impacts of last year’s spring floods, which distorted roadway travel figures.

“The traffic data comparison is one tool for helping us understand how COVID-19 is impacting Nebraska,” added Kyle Schneweis, director of the Nebraska DOT, in a statement. “While we are seeing freight traffic stay at near normal levels, a 29 percent decrease in statewide traffic volume has impacts on how we manage our transportation system. We’ll continue to analyze the data to understand impacts and social trends.”

Meanwhile, early results from a new traffic tracking tool launched by the ITD indicate significant declines in travel across the state.

For example, the week after COVID-19 was first confirmed in Idaho, there was an estimated 30 percent drop in trips on the Interstate 184 connector. Following the stay-at-home order issued by Governor Brad Little (R) on March 25, traffic dropped an additional estimated 26 percent at that location.

“One interesting thing we observed occurred in Eastern Idaho. While traffic volumes typically decreased in the days after the first case of COVID-19 was confirmed in Idaho, traffic increased for several days,” explained Margaret Pridmore, ITD’s roadway data manager, in a statement on April 2.

“Personnel in those districts observed a lot of Canadians heading home in fear that the US-Canada border could be closed in the near future,” she said.