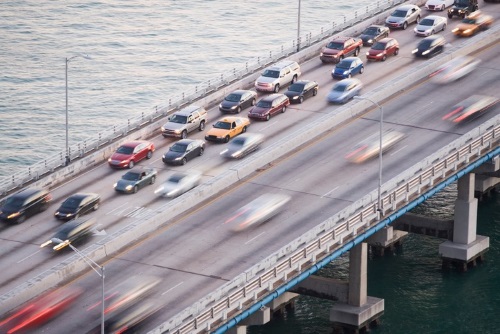 [Above photo via NHTSA.]

The final rule will increase the stringency of CAFE and CO2 emissions standards by 1.5 percent each year through model year 2026, as compared with the standards issued in 2012, which would have required about 5 percent annual increases.

This is a change from the proposal issued in 2018, the agencies said in a joint statement, as the majority of automakers are not meeting the 2012 standard without resorting to the use of credits.

This final rule is an outgrowth of the Mid-Term Evaluation Final Determination issued by the EPA in 2018 that found that CO2 emission standards established for model year 2022-2025 light vehicles in 2012 were “not appropriate and should be revised.”

Both agencies believe the SAFE Vehicles Rule reflects “the realities of today’s markets, including substantially lower oil prices than in the original 2012 projection, significant increases in U.S. oil production, and growing consumer demand for larger vehicles.”

A statement issued by the White House on March 31 claimed the “realistic standards” put in place by the new SAFE Vehicles Rule will, through 2029, result in 2.7 million additional new vehicles sold, 3,300 fewer crash fatalities, 397,000 fewer automobile related injuries, more than 1.8 million fewer vehicles damaged in crashes, and reduced technology costs of between $86 billion to $126 billion.

However, those projections were made before the U.S. felt the full economic impact of the COVID-19 pandemic.