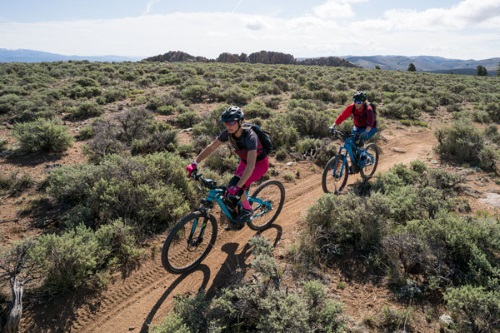 To increase recreational use on public lands, the U.S. Fish and Wildlife Service proposed on April 2 a new set of regulations governing the use of electric bicycles or e-bikes within the National Wildlife Refuge System – a move that supports two directives issued by the U.S. Department of the Interior, the Secretary’s Order 3366 to increase recreational opportunities on public lands and Secretary’s Order 3376 directing Department of the Interior bureaus to obtain public input on e-bike use.

The proposed rule also closely follows e-bike policy established by Director’s Order 222 in October 2019 that allows refuge managers to consider the use of e-bikes on any refuge roads and trails where traditional bicycle use is allowed, provided it is consistent with a refuge’s statutory purpose and the refuge manager determines it to be a compatible use.

The agency noted in a statement that the proposed rule defines permitted e-bikes as ‘two- or three-wheeled vehicles with fully operable pedals and a small electric motor of one horsepower or less.”

However, neither traditional bicycles nor e-bikes are allowed in designated wilderness areas and may not be appropriate for back-country trails, USFW added – noting that the focus of this guidance is on expanding the traditional bicycling experience to those who enjoy the reduction of effort provided by this new technology.

The USFW added that a majority of states – listed here – have adopted e-bike policies, with most following model legislation that allows for three classes of e-bikes to have access to bicycle trails.