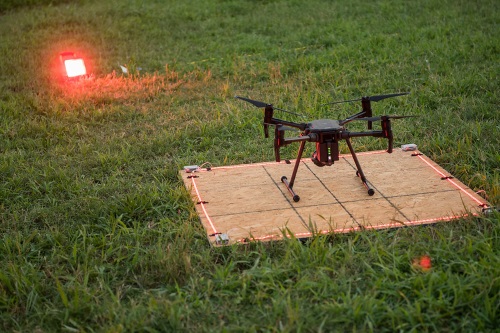 The Federal Aviation Administration awarded $2.6 million in research, education, and training grants to universities that comprise the agency’s “Air Transportation Center of Excellence for Unmanned Aircraft Systems” or drones – a program also known as the “Alliance for System Safety of UAS through Research Excellence” or ASSURE.

[Above photo by NCDOT.}

The agency noted there are currently 1.7 million drones in the active UAS fleet, which is expected to grow to 2.2 million by 2023. Thus this most recent pool of drone-focused grant money is aimed at “continuing and enhancing” the safe and successful integration of drones into the nation’s airspace, it said.

“The research funded by these grants will provide valuable data as the Department leads the way to chart a course for the safe integration of drones into our national airspace,” explained Elaine Chao, secretary of the U.S. Department of Transportation, in a statement.

She added that, in addition to providing grants, USDOT continues to support activities that provide “operational experience” such as the agency’s like the Unmanned Aircraft Systems Integration Pilot Program, launched in 2018.