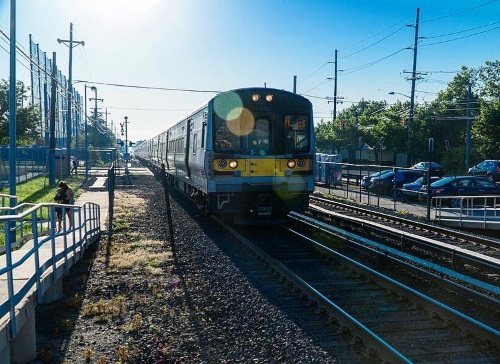 A new 37-page report issued by DePaul University’s Chaddick Institute for Metropolitan Development and the Shared Use Mobility Center offers insights to public transit agencies seeking to “bounce back” from ridership collapse due to the COVID-19 pandemic.

The report’s co-authors – DePaul Professors Mallory Livingston and Joe Schwieterman – argue that the “restart” challenges facing transit agencies in the wake of the viral outbreak mean they should have a “strong incentive” to explore new ways to tap into new markets while stretching their limited resources – particularly when it comes to partnering with ride-hailing firms such as Uber and Lyft.

“Some employers may make work-at-home arrangements permanent or adopt more flexible schedule, [thus] fewer traditional rush-hour commuters may travel to and from downtown districts that are well served by traditional transit until virus concerns disappear,” they explained in the report.

They believe their research shows that targeted partnerships with Lyft, Uber, and Via for on-demand service can be effective in coping with those scenarios, though launching such programs, however, is not without risk.

“Finding the sweet-spot between being overly generous and overly restrictive can take months or even years,” Livingston and Schwieterman said. As a result, they think transit agencies must focus on several key elements:

They add that “payment integration” is a “key element” for ensuring that on-demand programs are viewed by customers as components of the public transit system as a whole.