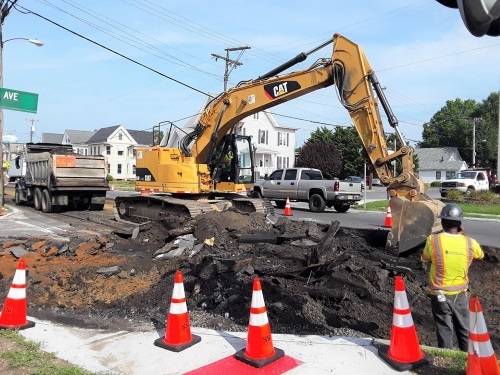 Several states are providing funding to support of a number of different transportation efforts, from road and bridge work to buying new buses for rural transit agencies.

On April 13, the New Jersey Department of Transportation officially opened the solicitation period for $165 million in available grant funds through its fiscal year 2021 state aid programs, including its Municipal Aid, as well as its Transit Village, Bikeway, and Safe-Streets-to-Transit programs. Grant applications will be accepted through July 1 with awards to be announced in November.

She added that, in 2019, her agency shifted the grant cycle to better allow municipalities to incorporate awarded projects into upcoming municipal budgets – providing “more certainty for local governments” and helping “get important infrastructure projects to construction sooner.”

That follows the award 41 local bridge fund grants worth a total of $47.3 million on April 9 – part of New Jersey DOT’s effort to help counties maintain local bridges in a state of good repair.

“The Local Bridge Fund program is part of our commitment to improve the quality of life in New Jersey,” said Gutierrez-Scaccetti in a separate statement. “By providing grants to improve county-owned bridges throughout the state, we are helping local governments make critical infrastructure investments that improve the reliability of our statewide transportation network.”

The Alaska Department of Transportation & Public Facilities is doing something similar via $56 million in grants awarded April 10 through its Community Transportation Program.

“This program is intended to provide much needed funding for community routes,” noted John MacKinnon, the agency’s commissioner, in a statement. “We’re proud of the program and pleased to be able to make it available again.”

Meanwhile, out west, the Iowa Transportation Commission approved more than $7 million in funding for 73 new public transit vehicles on April 14 that will replace older units that have exceeded their useful life at 20 different transit agencies across the state.

That money is being made available to Iowa via the Federal Transit Administration’s Grants for Buses and Bus Facilities Formula Program as well as the Federal Highway Administration’s Congestion Mitigation and Air Quality or CMAQ program, the commission noted in a statement.