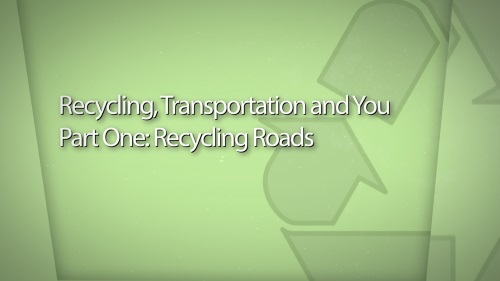 In recognition of the Earth Day’s 50th anniversary, the American Association of State Highway and Transportation Officials is releasing a two-part series entitled Recycling, Transportation and You.

Produced by Transportation TV, this series highlights how state departments of transportation play a major role in recycling asphalt pavement – long considered to be the most recycled product in America – as well as how old tires are broken down into small chunks and reused to make new asphalt pavement.