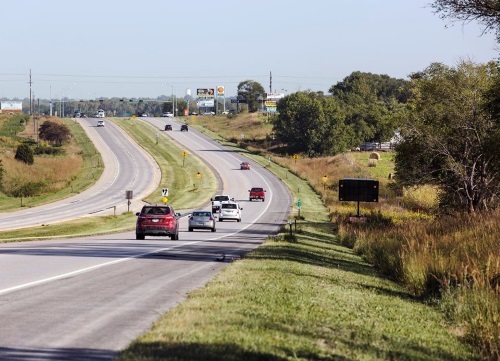 The Nebraska Department of Transportation’s new Traffic Count Dashboard that tracks the impact of the COVID-19 pandemic on statewide travel recorded a traffic volume decline of 35 percent for the week of April 12 through April 18 when compared to the three-year monthly traffic average compiled between 2016 and 2018. That’s an increase from the 29 percent decline in traffic volumes the agency recorded for the month of March.

[Above photo by the Nebraska DOT.]

Yet Kyle Schneweis, Nebraska DOT’s director, noted in a statement that freight traffic continues to hold at “normal levels.”

“The traffic count dashboard is a tool to help the DOT understand and communicate how COVID-19 is impacting travel in Nebraska,” he said. “While we are seeing freight traffic stay at near normal levels, a 35 percent decrease in statewide traffic volume poses potential impacts to how [we] do business. It is too early to estimate the extent of impact but we’ll continue to analyze the data to understand scenarios.”

The agency said it maintains a system of 67 continuous traffic counters statewide, called automatic traffic recorders, which collect traffic volume and classification data 24 hours per day, seven days per week. Data is then relayed twice per week back to Nebraska DOT headquarters.

The department added that traffic volumes for 2019 are excluded from its data comparisons due to the impact of severe flooding on highway travel that year.