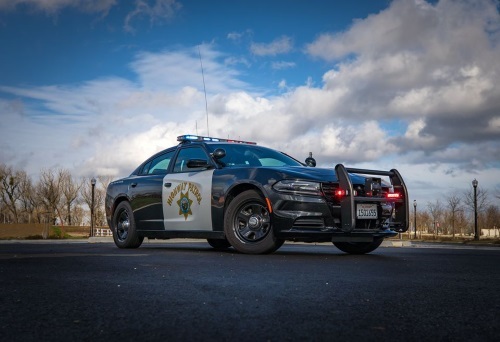 [Above photo by the California Highway Patrol.]

Caltrans is working with the California Highway Patrol (CHP) and the California Office of Traffic Safety to find ways to get motorists to slow down given a recent 87 percent spike in citations for speeding in excess of 100 mph.

From the implementation of California’s stay-at-home order on March 19 through April 19, the CHP reports issuing 2,493 citations statewide for speeding more than 100 mph, compared to 1,335 during the same period last year.

Caltrans Director Toks Omishakin said that increase in citations is occurring alongside an average 35 percent decline in traffic volume on state roads compared to same time period in 2019.

“Excessive speed and unsafe driving threaten everyone using our highway system,” he explained in a statement. “Viewing less congested roads as an invitation to drive dangerously jeopardizes the safety of construction and maintenance crews who are working to maintain reliable access to our highways when people need it most.”

“It is alarming to see the number of citations officers are writing for excessive speeds on California roadways,” added Warren Stanley, CHP’s commissioner. “Higher speeds can lead to much more serious injuries and significantly increase the chance of death should a crash occur.”

Stanley also emphasized that California’s Move Over law remains in effect during the COVID-19 emergency, which requires all drivers to move over a lane, or if unable to do so safely, slow down when they see amber flashing lights on Caltrans vehicles, law enforcement and emergency vehicles, and tow trucks.

The Nebraska DOT and the Nebraska State Patrol are also fighting the same problem as state troopers have issued 100 citations statewide for speeding in excess of 100 mph between March 18 to the present time compared to 61 citations during the same period in 2019.

Meanwhile, traffic volume on state roads is down 35 percent compared to the three-year monthly traffic average compiled between 2016 and 2018.

“Reduced traffic on our roads doesn’t give drivers the green light to travel over the speed limit,” noted Mark Segerstrom, the Nebraska DOT’s highway safety administrator, in a statement.

Other states are also experiencing similar jumps in excessive speeding violations. According to a Pew Trusts report, in Iowa – where traffic is down about 50 percent – state police troopers cited 103 drivers for speeding 100 mph or higher this March compared to 64 motorists during the same month in 2019.

That’s having deadly consequences. In Missouri, where traffic has dropped more than 40 percent, officials expected to see a big decrease in crash fatalities, according State Highway Patrol Capt. John Hotz.

Instead, as of April 13, the state recorded 191 vehicle crash deaths this year, compared to 189 during that the same period in 2019.

“While COVID-19 is clearly our national priority, our traffic safety laws cannot be ignored,” noted Jonathan Adkins, executive director of the Governors Highway Safety Association, in a statement. “Emergency rooms in many areas of the country are at capacity and the last thing they need is additional strain from traffic crash victims.”