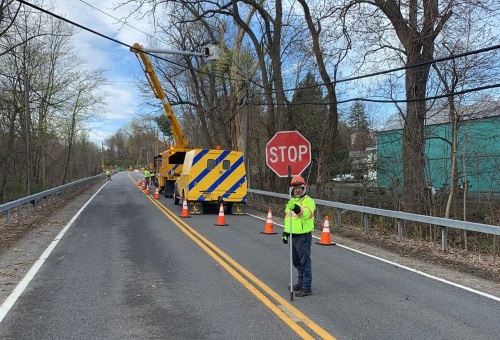 State governments continue to ratchet back current spending and projected budget outlays due to the economic impact of the COVID-19 pandemic; reductions that are starting to include planned transportation infrastructure investments.

“The coronavirus outbreak has quickly upended state budgets with states now facing significant revenue declines and increased spending demands as they contend with both a public health emergency and a severely deteriorating national economy,” noted the National Association of State Budget Officers in a recent report.

“As a result, it is likely that much of what governors recommended in their fiscal [year] 2021 budget proposals will not be enacted as they are forced to re-prioritize and ensure that their budgets remain in balance,” the group said.

For example, according to an analysis conducted by the Boston Consulting Group, New York is projected to experience a revenue shortfall of $13.3 billion.

“The economy has been hit hard by policies which were necessary to save lives and stop the spread of the virus,” noted Robert Mujica Jr., New York’s budget director. “This impacts every sector and every region of the state and the road to recovery will last through FY 2021 and beyond [into] FY 2022. Above all, it remains abundantly clear New York State cannot navigate this national crisis on its own and needs federal funding.”

Oregon is experiencing a similar situation, with the state’s chief financial officers directing agencies to submit plans for 8.5 percent cuts in their allotted general fund spending for the two-year budget cycle, according to a news story – a scenario that reflects what Oregon’s budget officials believe is likely a “worst-case outcome.”

“Clearly the state budget will take a hit, just like all private sector businesses have taken a hit to their revenues,” noted Josh Lehner, an Oregon state economist, said in an April 27 presentation. “That translates even more than one-for-one into reductions in-state resources.”

Jim Tymon, executive director of the American Association of State Highway and Transportation Officials, noted that a similar fiscal scenario is facing state departments of transportation across the country.

He explained during an April 30 webinar that significant nationwide traffic volume declines due to COVID-19 stay-at-home orders are leading to a 30 percent to 40 percent drop in state motor fuel tax collections. In addition, state fees on motor vehicle sales are already seeing a substantial reduction, according to the Federal Reserve Bank of St. Louis.

“This is money they count on to fund the transportation projects they sponsor,” Tymon noted. “We are now seeing some states pull back on projects they planned to work on this spring, summer, and fall due to the uncertainty of state-generated transportation funds. Many are not moving forward with plans to put projects out for bid this month and next.”

That’s why he said AASHTO’s recent request for $50 billion in federal monies to cover that falloff in state transportation revenues is needed “immediately” to offset longer-term consequences.

“This isn’t about increasing [transportation system] investment – it’s about just maintaining the baseline,” Tymon stressed. “Without that $50 billion, projects will come off the books – which could lead to furloughs of [state DOT] employees as well. And with this being the height of construction season if it doesn’t come very quickly, we could also see unemployment rates in the construction industry go a few notches higher.”