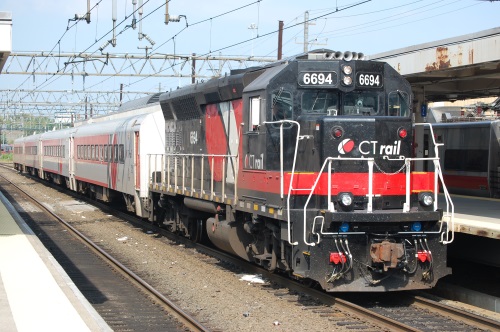 The Federal Railroad Administration issued more than $22 million via its Restoration and Enhancement grants program on May 5 to fund three intercity passenger rail service projects that collectively span eight states.

[Above CTrail photo via Wikipedia Commons.]

All three grants will be awarded to projects located in opportunity zones, the FRA said; areas deemed “economically distressed communities” that are designated by a state’s governor and certified by the U.S. Treasury Secretary.

[Editor’s Note: the U.S. Department of Transportation unveiled an interactive map in January that highlights federal investments in major infrastructure projects located in and around opportunity zones; an economic development tool created by the 2017 Tax Cut and Jobs Act.]

“This funding will make a significant contribution to passenger rail-related operating assistance projects in our communities and ultimately make a big difference in people’s lives,” said Ronald Batory, FRA’s administrator, in a statement.

One of the projects receiving funds from this round of FRA grants is headed up by the Connecticut Department of Transportation. The agency is getting more than $4 million to provide two additional weekday trains between New Haven, Connecticut, and Springfield, Massachusetts, on the CTrail service, which began operations in June 2018. CTrail, which is operated by TransitAmerica Services, currently runs eight weekday trains between New Haven and Hartford with three trains continuing to Springfield, while Amtrak operates an additional weekday train through that corridor.

Another project receiving funds via this round of FRA grants is led by the Wisconsin Department of Transportation, which is getting more than $12.5 million to add a second daily roundtrip passenger train between Saint Paul, Minnesota, and Chicago.