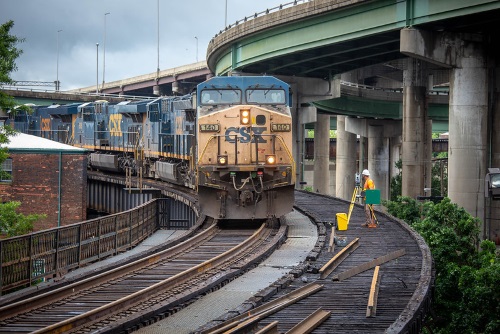 PTC is a communications-based system designed to automatically slow or stop a train that isn’t being operated safely. Some 42 railroads – including Amtrak, 30 commuter railroads, and several freight railroads – were required to implement PTC by December 31, 2018, and almost all of them received two-year extensions to finish that process.

The GAO report said most railroads were in the final testing and implementation stages of PTC at the end of 2019, with more than three-quarters of the railroads required to implement PTC conducting advanced testing or implementing the technology on their own track segments. Those railroads generally reported progress on achieving interoperability, which is a critical step in order for U.S. railroads to share tracks.

An August 2019 GAO report highlighted how those interoperability issues were affecting PTC implementation, but by the end of 2019, some 17 of the 31 railroads that must achieve interoperability had done so, the agency said.

Yet longstanding PTC software and vendor issues have grown more acute as many railroads face compressed schedules to implement the technology by December 31. For example, five selected railroads have had to compress their schedules, meaning they must complete tasks in a shorter time than originally planned, due to software issues or other unique circumstances.

The compressed schedules and recurring challenges, as well as unexpected events such as the COVID-19 viral pandemic, “create risks” that could affect some railroads’ ability to meet the extended deadline, the GAO noted.

However, support from the Federal Railroad Administration and other efforts are making railroads “generally optimistic” that they will overcome challenges to achieve full PTC implementation by December 31, though four railroads reported considering contingency plans if they, or their tenants, cannot meet the extended deadline.