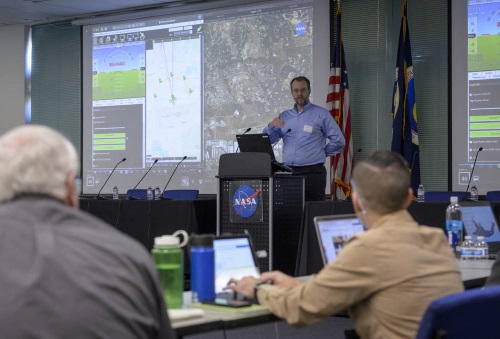 NASA has launched a new project called Scalable Traffic Management for Emergency Response Operations or STEReO that would improve the ability of drones to assist emergency responders in making natural disaster interventions even faster, more targeted, and better able to adapt to changing circumstances.

For example, drone-based software can track the location of firefighters on the ground before dropping forest fire retardant; ensuring it is dumped more accurately and at a safe distance away from people, the agency said.

While STEReO is conceived and led by NASA’s Ames Research Center in California’s Silicon Valley – and builds on NASA’s research in drone traffic management, human factors, vehicle autonomy, and communications – the agency said in a statement that a variety of partners will assist in making this project work, including other federal agencies, such as the U.S. Forest Service, the Federal Emergency Management Agency and the Federal Aviation Administration, as well as city and state fire departments and private companies providing drone vehicles and services.

NASA added that it is now working closely with those and other partners to design STEReO’s tools and operations for future emergency response efforts; work that will eventually lead to initial flight demonstrations to be held at Ames and at NASA’s Langley Research Center in Hampton, Virginia.

As the project matures, NASA said it will eventually demonstrate how the STEReO drone concept would work in practice via wildfire and hurricane response simulations.