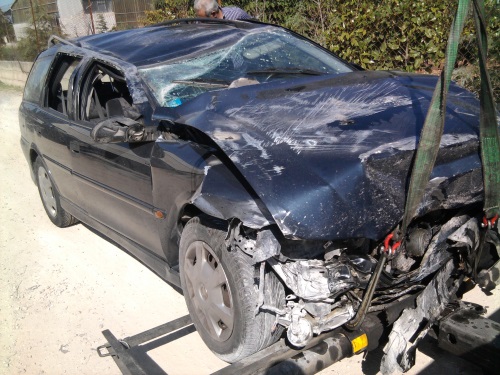 Preliminary estimates of 2019 highway crash data released by the National Highway Traffic Safety Administration on May 5 indicated that traffic fatalities continue to decline even as vehicle miles traveled or VMT increases. That mirrors a similar dip that occurred in 2018, though only roughly half as large.

[Above photo via Wikipedia Commons.]

The agency said in a statement that if its 2019 estimates hold true, that 1.10 fatalities per 100 million VMT figure would be the second lowest rate since it started recording fatal crash data.

The agency said, however, that 2019 fatalities in crashes involving at least one large truck are projected to increase slightly by 1 percent.

And though those are all preliminary projections, the 2019 decrease in pedestrian and pedacyclist fatalities is a welcome shift from the respective 3.4 percent and 6.3 percent increases that occurred in 2018.

NHTSA added that it is “accelerating” a variety of efforts to keep pushing down traffic fatalities – including the release of $562 million in grants in February to help fund highway safety programs in all 50 states, the District of Columbia, U.S. territories, and the U.S. Department of the Interior’s Bureau of Indian Affairs.