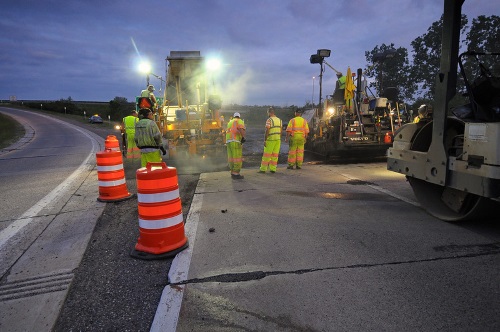 State departments of transportation, along with toll authorities and even public-private partnerships or P3s, continue to be affected by the massive decline in travel spurred by COVID-19 stay-at-home orders across the country.

According to a news story, the Maine Department of Transportation is expecting a roughly $74 million loss in transportation revenue due to COVID-19 over the spring and summer months, which could balloon to $124 million over the next year and half.

“While Maine DOT has the money to fund the work that is currently underway, we are anticipating a significant revenue drop over the next 18 months,” explained Paul Merrill, the agency’s public information officer. “Fewer people driving means fewer people are buying fuel, and Maine’s Highway Fund is primarily funded through fuel fees (the gas tax).”

The Minnesota Department of Transportation is facing a similar situation as it expects to see a revenue drop of $440 million over this year and next.

“There’s going to be a significant decrease,” explained Minnesota Legislator Scott Newman in a news story. “Our revenue for roads is going to go down, along with revenue for everything else. The question becomes: What do we do about it?”

The results of a University of California-Davis study issued on April 30 found that total vehicle miles traveled or VMT in California is down statewide between 61 percent and 90 percent as a result of various stay-at-home orders issued by Governor Gavin Newsom (D).

That study noted that California relies on a fuel tax supplement of 17.6 cents per gallon to provide for a wide array of transportation funding needs. Thus the COVID-19-related reduction in travel is slicing an estimated $46 million per week from fuel tax funds for California transportation projects.

A separate study conducted by the Illinois Economic Policy Institute found that road travel is down as much as 46 percent across the state. Gaming businesses have also been shut down since mid-March – activity that is taxed to provide another source of transportation funding as well. Furthermore, ridership on Illinois public transit systems has declined as much as 90 percent since January, the ILEPI.

“The downstream effects of the COVID-19 economic disruption will extend far beyond the immediate hardships for businesses who have closed their doors and employees who have been laid off,” noted Frank Manzo IV, ILEPI’s policy director and the study’s co-author, in a statement.

“Vital public services and planned infrastructure investments by both states and municipalities are being threatened by the loss of income, corporate, sales, fuel, and other tax revenues on which they rely,” he added – noting that Researchers at the University of Illinois predict that COVID-19 related tax revenue losses could cost Illinois $4.3 billion between 2020 and 2021 and as much as $28 billion by 2023.

“As part of the Rebuild Illinois plan, annual revenues from the state’s motor fuel tax (MFT) were expected to increase from $1.3 billion to nearly $2.6 billion,” noted Mary Tyler, an ILEPI transportation analyst and study co-author.

“After applying the Chicago Metropolitan Agency for Planning’s estimates on pandemic related travel disruptions to three scenarios, with travel disruptions lasting from six to 10 months, we found that the state could under-perform expectations on MFT revenue by $300 million to $560 million in 2020 alone,” she said.

Such disruptions are affecting toll companies and P3 projects as well.

In Maryland, the contractors building the Purple Line subway extension as part of a four-year-old, $5.6 billion P3 crafted by the Maryland Department of Transportation and the Maryland Transit Administration are seeking to withdraw from that design-build contract due to delays and cost concerns accelerated in part by the COVID-19 pandemic.

“Purple Line Transit Constructors and its member companies should not be required to finance the hundreds of millions of dollars in added costs for issues that are out of its control [and] not of its making,” argued Scott Risley, PLTC’s project manager, in a May 1 letter.

Toll-road operator Transurban noted in May 4 investor update that traffic on its North American projects is down by 61 percent as of the week of April 26, with “express lanes traffic and revenue” continuing to display “greater sensitivity” to government responses to the COVID-19 pandemic to date.

That being said, the company noted that its roads “remain fully operational, playing an essential function to move people, goods and services where they need to go during this time of crisis.”

Meanwhile, the Northern Virginia Transportation Commission noted during a May 7 meeting that “dramatically changing commuting patterns” due to the COVID-19 outbreak have sparked a drop-off in toll revenues that support the I-66 Commuter Choice program, which allocates funding for traffic congestion reduction projects in Northern Virginia.

Consequently, the commission decided to delay the next round of project selections for the program until later this summer.