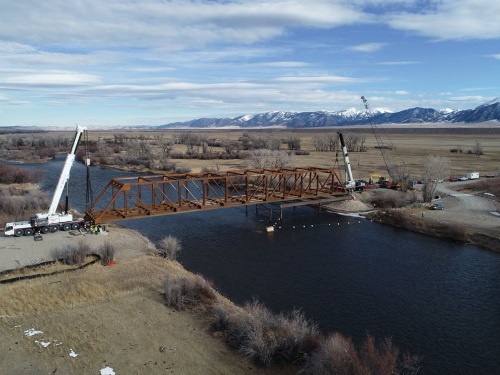 That report – entitled Rural Connections: Challenges and Opportunities in America’s Heartland – noted that addressing the investment needs of the nation’s rural transportation system is being complicated by “the tremendous decrease in vehicle travel that has occurred due to the COVID-19 pandemic,” which is projected to slice state transportation revenues by at least 30 percent – approximately $50 billion – over the next 18 months.

“The nation’s rural roads and bridges already faced a significant funding shortfall, and that will only be exacerbated by the looming reduction in state transportation revenues as a result of decreased vehicle travel due to the COVID-19 pandemic,” said Dave Kearby, TRIP’s executive director, in a statement.

“The economic recovery from the pandemic could be hastened by significant investments in our nation’s transportation system to support job creation while making needed improvements to our roads and bridges that will serve our economy and enhance quality of life for all Americans for decades to come,” he added.

The report also noted that traffic crashes and fatalities on rural non-Interstate roads are disproportionately high, occurring at a rate more than double that on all other roads. In 2018, non-interstate rural roads had a traffic fatality rate of two deaths for every 100 million vehicle miles of travel or VMT compared to a fatality rate on all other roads of 0.88 deaths per 100 million VMT.

[That fatality rate is one reason why the U.S. Department of Transportation launched its R.O.U.T.E.S. Initiative in 2019, which stands for “Rural Opportunities to Use Transportation for Economic Success.”]

TRIP added that an analysis of the Status of the Nation’s Highways, Bridges and Transit, 23rd Edition, submitted by USDOT to Congress in 2019, indicates that the nation’s annual $28 billion investment by all levels of government in rural roads, highways, and bridges should be increased by 28 percent to approximately $36 billion annually in order to improve their condition, reliability and safety.