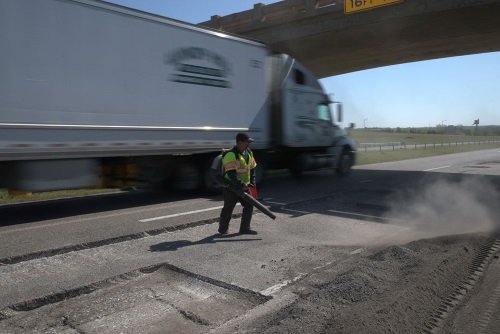 The National Transportation Safety Board and state department of transportation across the country are calling on motorists to practice highway safety with the same sense of responsibility they applied to reducing the spread of the COVID-19 as the country reopens.

While it is too early to tell what will happen to highway crash and fatality trends in the year of the pandemic, the desire to return to normality will increase the number of drivers on the road and that increases risk for highway users, explained Robert Sumwalt, NTSB’s chairman, in a statement.

“The number of traffic fatalities was a crisis before the pandemic,” he said. “It has been inspiring to see Americans take dramatic steps to protect themselves and others during the coronavirus pandemic. We need the same resolve to stay safe when Americans increasingly take to the roads in the coming months.”

Sumwalt emphasized four key statistics that indicate where the opportunity to improve highway safety is greatest:

Preliminary data compiled by the National Safety Council reinforced the NTSB’s call for a renewed focus on highway safety.

According to the NSC, early data indicates a year-over-year 14 percent jump in fatality rates per miles driven for the month of March, even though the total number of roadway deaths dropped 8 percent compared to March 2019.

The organization added in statement that as the actual number of miles driven dropped 18.6 percent in March compared to the same month in 2019, the mileage death rate per 100 million vehicle miles driven in March jumped to 1.22 compared to 1.07 in March 2019.

“We’ve seen Oklahomans pitch in and help their neighbors during the recent pandemic and economic downtown, so we’re calling on all drivers to come together and help our transportation workers and the industries and services that rely on our highway system by being cautious and attentive in work zones,” said Tim Gatz, Oklahoma DOT secretary, in a statement.

With more than 250 highway construction projects expected to be underway across Oklahoma by the start of the summer driving season, the Oklahoma DOT and Oklahoma Turnpike Authority are calling on motorists to exhibit “Oklahoma Standard” every time they drive – especially in highway work zones.

In the past five years, the Oklahoma DOT said 95 people were killed in highway and turnpike work zones across the state – deaths that include four agency workers who were on the job. Additionally, the Federal Highway Administration ranks Oklahoma among the states with the highest number of commercial motor vehicle crashes in highway work zones.

Gatz pointed out that law enforcement data shows that dangerous actions such as speeding, following too closely, and being distracted by cell phones are the top reasons for crashes in work zones in our state. He added that a “very troubling” increase in speeding has been observed in Oklahoma and nationwide since the beginning of the COVID-19 pandemic due to lower traffic volumes.

“This is a desperate plea, not just for the safety of highway workers, but for the thousands of people driving on Oklahoma highways every day,” Gatz emphasized. “Work zone crashes are far more likely to claim the lives of drivers and passengers.”

Meanwhile, the Idaho Transportation Department is spotlighting work zone safety especially in terms of the need to watch for short-duration or “pop-up” operations.

“Whether it is a highway worker stopping to remove a shredded tire or animal carcass from the road, or performing maintenance work like repairing guardrail right next to the travel lanes, these jobs generally put workers closer to the road, and closer to danger,” explained ITD Safety Manager Randall Danner in a statement. “There is less time for the worker or the driver to take evasive action when encountering short-duration operations.”

He added that an ITD operator was killed in a short-duration operation last year; raising the total of agency workers killed on the job to 40 since 1960.

“Work zones can be the most hazardous areas on our state highway system,” Danner said. “We urge drivers to use extreme caution when passing through these areas so they can arrive at their destination safely and our workers can return home to their loved ones.”