State DOTs Reiterate Need for $50B in Stopgap Funding 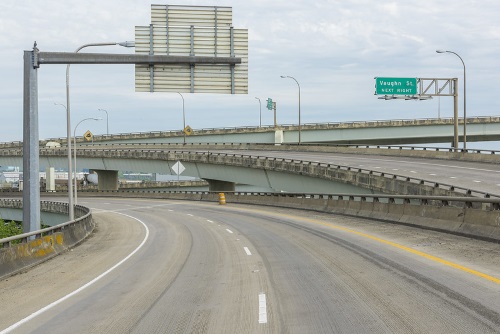 While the debate over the “Health and Economic Recovery Omnibus Emergency Solutions” or HEROES Act passed by the House of Representatives on May 15 continues, state departments of transportation continue to call for $50 billion to maintain their operations for the next several months due to the severe falloff in motor fuel tax revenues and other fees due to the COVID-19 viral outbreak.

“State DOTs are feeling a range of negative impacts from the pandemic,” explained Jim Tymon, executive director of the American Association of State Highway and Transportation Officials, during the organization’s Committee on Safety annual meeting May 11.

“Highway travel is down 40 percent to 50 percent and that means state DOT revenues sources are all down as well,” he added. “State DOTs are being squeezed from a budgetary standpoint, with some experiencing furloughs and other states considering similar actions as well.”

Overall travel has decreased so much that, for the first time in 20 years, AAA will not issue a Memorial Day travel forecast, as the accuracy of the economic data used to create the forecast has been undermined by COVID-19.

Paula Twidale, senior vice president of AAA Travel, noted in a statement that “anecdotal reports” suggest fewer people will hit the road compared to years past for what is considered the unofficial start of the summer travel season.

Twidale pointed out that Memorial Day 2009 currently holds the record for the lowest travel volume at nearly 31 million travelers, which came toward the end of the Great Recession. That holiday weekend 26.4 million Americans traveled by car, 2.1 million by plane and nearly 2 million by other forms of transportation, such as trains and cruise ships.

On another front, AASHTO’s Tymon noted that while many state DOTs have been able to continue pushing forward with transportation construction projects “already in the pipeline,” many are now not letting out bids for future work because of the funding falloff for reduced motor vehicle travel.

“That’s why we are pushing for a $50 billion backstop to backfill revenue losses state DOTs are expected to experience over the next 18 months,” he said. “Our hope is if Congress can provide that, then state DOTs continue to move forward with construction projects, not pull back on any of them, and not lay off or furlough employees.”

[Editor’s note: Tymon made similar comments in a recent “On Time with Tymon” interview with AASHTO’s Transportation TV.]

The Pennsylvania Department of Transportation offers one example of the budgetary problems State DOTs are facing due to COVID-19.

Greg Slater, secretary of the Maryland Department of Transportation, noted his state’s Transportation Trust Fund faces an estimated $550 million revenue shortfall in the current fiscal year because of social distancing restrictions, and that number could be even higher next year.

As a result, Slater explained during a virtual presentation before the Maryland General Assembly on May 20, his agency needs to reduce its operating budget in 2021 by 5 percent to 10 percent while cutting 17 percent from its 2020 capital budget.

South Carolina is now projected to miss out on $293 million in fuel and car sale tax revenue over the next two years because motorists traveled less over the past few months due to the COVID19 outbreak.

While in the short-term, the South Carolina Department of Transportation believes that estimated loss shouldn’t hurt construction projects already underway or projects set to be awarded now through July as planned, the impact on its 10-year road construction plan “remains to be seen.”

State DOTs may even experience a longer downturn in transportation revenues due to the COVID-19 pandemic, based on research conducted by the Mineta Transportation Institute (MTI).

In a new report dubbed The Impact of COVID-19 on California Transportation Revenue, Asha Weinstein Agrawal – the director of MTI’s National Transportation Finance Center – said that, under a “worst-case scenario,” a slow economic recovery could cause California to receive 17 percent less revenue through 2030 than the state would have received without COVID-19; some $98 billion compared to a projected $118 billion had COVID-19 not occurred.”

“Revenue shortfalls will likely result in both reduced maintenance and delayed capital investments” for California’s transportation system, Agrawal noted in a statement. “Drivers will have to wait longer for planned improvements like replacing outdated bridges and rehabilitating freeways.”