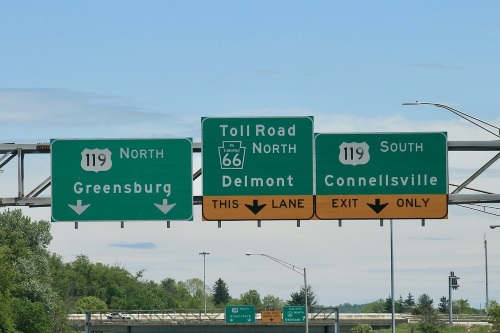 During a virtual panel discussion hosted by the International Bridge, Tunnel, and Turnpike Association on May 21, toll road executives from across the country noted that they plan to reduce if not suspend capital investments this year and possibly into 2021 as a result of the COVID-19 pandemic.

[Above photo via the Pennsylvania Turnpike.]

Mark Compton, CEO of the Pennsylvania Turnpike Commission, noted that his organization plans to ratchet back capital investments by 24 percent and focus what remains on maintaining its 552-mile system, not expanding it to improve performance.

“The turnpike is just shy of its 80th birthday and it has experienced only two revenue declines during its history: during World War II and the Great Recession,” he said.

“For context, during the Great Recession, we witnessed a 2 percent decline in traffic volumes. By comparison, by mid-April traffic on our system was down 61.4 percent and revenue was down over 54 percent,” Compton noted. “While revenue is now increasing by 2 percent to 3 percent a week, we had to put many capital projects on hold and we’re looking at our operating budget, cutting anything that we can cut. That includes hiring freezes and offering early retirement incentive. At the very least, we’re going to get this year’s operating budget down to less than our 2019 operating budget.”

Diane Gutierrez-Scaccetti, commissioner of the New Jersey Department of Transportation, said traffic volumes of revenues on her state’s toll roads were down 61.5 percent and 61.6 percent, respectively. Year-over-year, for the four-month period of January through April, toll road traffic volumes are down 22.5 percent and revenues down 21.9 percent or $108 million in 2020 versus 2019.

“We’ve issued several revenue bonds to provide cash flow relief,” Gutierrez-Scaccetti added, because “all construction is progressing as planned – and we’re taking no actions to reduce our operating budget this year or next, though we continue to monitor both.”

The reason for that is “that people rely on our transportation system every day” and that she expects toll road revenues will only be down in the medium term.

However, Gutierrez-Scaccetti noted that public transportation agencies, such as state departments of transportation, don’t have the same budgetary flexibility user-fee-driven agencies such as toll roads do.

“We are businesses that rely on revenues stream and so act like any business, adjusting our operational and capital expenses to the current environment,” she explained. “State DOTs do not have the same opportunity.”

Samuel Johnson, CEO of the Transportation Corridor Agencies toll road authority in California – who also serves as IBTTA’s 2020 president – is also dialing back his organization’s capital outlays as well.

As a result, TCA is cutting capital budget by 51 percent for next year of by some $78 million lower versus 2019 – noting that such cuts can also cause financial ripple effects with rating agencies.

“The first thing we do is defer capital projects – that is how we belt tighten,” Johnson said. “But there is a longer term impact, for if we are not as liquid, with less cash on hand than before, and we invest less than rating agencies give us a different look. That can limit our ability to attract private investment for projects.”

Tim Stewart, executive director of Colorado’s E-470 Public Highway Authority, noted that his agency has slashed its operating budget by 10 percent across board and its capital budget by 12 percent, pushing some projects out to 2021 and 2022 depending on the economy recovers for the cOVID-19 outbreak.

“We are also working with finance team to refinance $250 million in refundable bonds,” he said. “But we had to delay that effort until later in the year to wait until the municipal bond market stabilizes.”

Yet he noted that housing construction and the build-out of utility crossings hasn’t diminished in Colorado during the pandemic, meaning state and local transportation agencies need to keep planning for the uptick in travel demand that work will generate.

“Yet many state DOTs and local jurisdictions are seeing a huge falloff in revenues [due to COVID-19] and consequently their plans to keep pace with current capital projects may be diminished,” he warned.

That’s why Chris Tomlinson, executive director of the Georgia State Road and Tollway Authority, said new tactics may be needed to handle a resurgence in travel demand as states begin to reopen following the COVID-19 outbreak.

“As states begin to reopen, we’re seeing traffic upticks starting, we’re seeing the return of trips – and while congestion is lacking right now it is coming, too,” he said.

For toll roads, “this is a medium-term problem in terms of revenue, for we are all still seeing traffic on our roadways. But we do not need it all to come all the way back to pre-COVID-19 levels to experience congestion,” Tomlinson added. “So we need to make more tweaks and changes so we don’t continue to experience congestion. That’s where more telework and other new business practices will all come into play.”