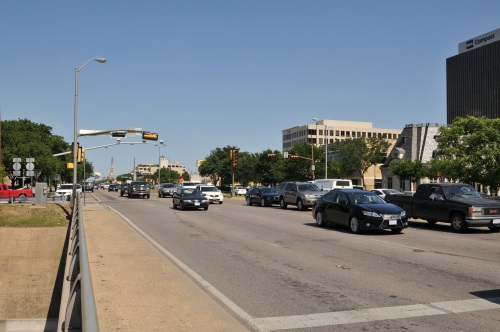 A new research paper published on May 21 finds that intelligent transportation systems or ITS can help manage and reduce traffic congestion in several ways.

That paper – entitled Mitigating Traffic Congestion: The Role of Intelligent Transportation Systems, co-authored by Paul Pavlou, dean of the C.T. Bauer College of Business at the University of Houston – consolidated a “unique longitudinal data set” on road traffic and the deployment of a large federally supported ITS program in the United States (511 systems) in 99 urban areas between 1994 and 2014.

The difference-in-differences estimates show that the adoption of 511 systems is associated with a significant decrease in traffic congestion, reducing fuel consumption by 53 million gallons, saving more than $4.7 billion, and cutting travel time by 175 million hours annually in U.S. cities.

The researchers found that ITS technology is most effective at reducing traffic congestion when two things happen in concert: when commuters use more online services for traffic information, including such apps as Waze, and when state governments incorporate more “advanced functions” into their 511 traveler information systems.

“Technology has the potential to help society, and one way is to help us make better infrastructure decisions and put less pressure on roads,” Pavlou said.