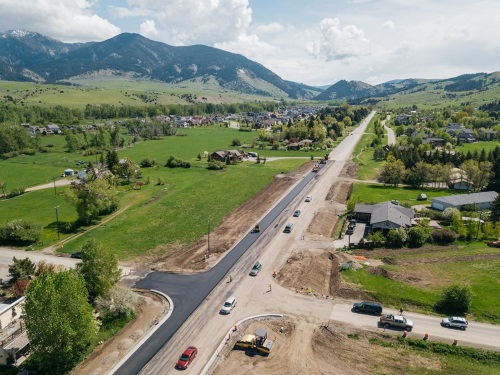 Establishing achievable safety performance targets so states can successfully implement and meet Highway Safety Improvement Program (HSIP) criteria established by the Federal Highway Administration four years ago is no easy task – but not in the way many might think.

During the annual meeting of the American Association of State Highway and Transportation Officials Committee on Safety held May 11-13, Tim Henkel, assistant commissioner-modal planning and program manager at the Minnesota Department of Transportation, explained that attaining “success” in achieving safety performance targets is more nuanced based on the FHWA’s HSIP rulemaking finalized five years ago.

“They include: total roadway fatalities; fatality rate per 100 million vehicle miles traveled or VMT; total number of people suffering injuries; rate of serious injuries per 100 million VMT; and number of non-motorized fatalities and injuries,” he said.

To that end, states that get close to achieving their annual safety performance targets should view that as a success, not failure.

“What came as a surprise is how close many states were in meeting their requirements and almost making significant progress,” he noted. “Because if you are just 0.003 from achieving a target, haven’t you achieved it? Has it been achieved if you are so awfully close to reaching it?”

Karen Scurry, a transportation safety engineer with the FHWA, noted that her agency welcomes such feedback so it can improve the safety performance management process for everyone.

“We are planning for a virtual roundtable discussion late June/early July for states who did not meet performance targets,” she said during the meeting. “We want to view this as an opportunity to ask tough questions and examine decision-making process. We share this common vision of zero fatalities on our nation’s roads and we want to use safety performance metrics to achieve that goal. This is a learning experience for all of us.”

[Editor’s note: This is also part of an ongoing effort by the Toward Zero Deaths highways system strategy to change the nation’s traffic safety culture to help reduce roadway fatalities and injuries.]

Minnesota DOT’s Henkel pointed out, however, that the revenue losses being experienced by state DOTs could potentially imperil funding for safety performance management efforts down the road.

“We are trying to find ways to deal with revenue shortfall, given the reality that if we aren’t sure when we might get additional funding, we must optimize the limited funds that are available,” he said.

“We are also looking at ways to improve as well as how we make collective decisions about important safety initiatives,” Henkel added.

“I think we need two or three strategies here,” he said. “One is to take advantage of the opportunity to communicate our safety improvements; the other is to then help Congress and our state legislatures understand the funding issues ahead. Finally, we need to look at how we, state DOTs, use safety performance measures – whether aspirational or achievable – so we all understand the ramifications of those targets and adopt consistent methodologies to achieve them.”