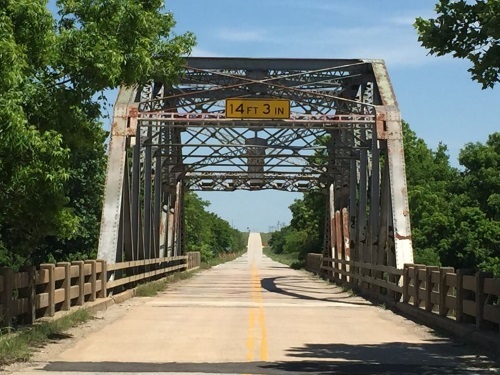 The Oklahoma Department of Transportation is inviting the public to weigh in on its 25-year long-range transportation plan to help establish overall priorities and goals for various modes of travel and freight movement in the state including: highway; passenger and freight rail; public transit; bicycle and pedestrian; ports and waterways and airport access.

The agency added that this federally-required plan is updated every five years. Comments via the plan’s website will be accepted between June 2 and June 23, followed by a “formal” public comment period from June 29 to July 29 where feedback will be accepted by email, mail, or phone.

“Transportation planning needs to look decades into the future because the infrastructure decisions we make today will affect future generations and the state’s long-term economic outlook,” explained Dawn Sullivan, the Oklahoma DOT’s deputy director, in a statement. “We hope the public will continue to partner with us to produce a long-range plan that truly addresses the transportation issues and needs that are important to Oklahomans.”

The agency began collecting public input last summer to document the condition of the existing system, analyze future needs and trends and develop strategies and policies for the next 25 years. More than 3,800 Oklahomans responded and overwhelmingly ranked safety as the top transportation priority. Additionally, 84 percent of survey respondents agreed that the Oklahoma DOT should work to improve existing highway and bridge conditions even if it meant taxpayers being asked to pay a little more.

Many participants were also interested in investing in and preparing for public transit and new technologies, including connected and automated vehicles, the agency said.

According to a news story, the first project – worth nearly $80 million – will involve the replacement of six bridges on Interstate 40 in Del City, with the second one – costing $27.5 million – involving rehabilitating pavement on nine bridges and the roadway on Interstate 44 between I-40 and SW 74th Street, just south of I-240 in southwest Oklahoma City.