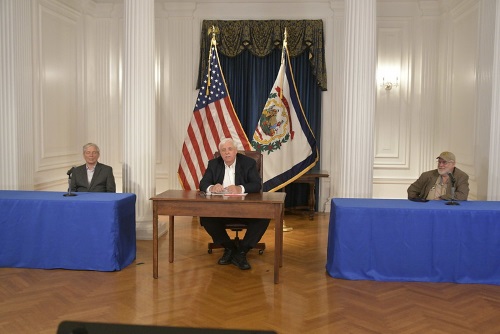 West Virginia Governor Jim Justice (R) and the West Virginia Department of Transportation reaffirmed their support for a $25 million “streetscape” project for the City of Wheeling that’s been under development for two years.

The project – now in the design phase – will upgrade West Virginia Route 2 on both Main and Market streets in the city, with improvements including repaving the streets, upgrading sidewalks and curb ramps to conform to Americans with Disabilities Act or ADA accessibility requirements, as well as installing new traffic signals.

“This project is going to change the look and feel of downtown Wheeling,” said Gov. Justice in a statement. “The funding is in place and we are committed to beginning work on this project as soon as possible. I know that these improvements will help West Virginia’s economy continue to grow.”

“We have a variety of design elements to sort out but we are certain that we will be able to get the work done,” noted Byrd White, WVDOT secretary. “One major portion of the project includes making sidewalks ADA accessible, which is an important focus across the WVDOT.”

“It has been about 35 to 40 years since the downtown streetscape has been redesigned,” noted Glenn Elliott Jr., Wheeling’s mayor. “This is a once-in-a-generation opportunity to transform downtown Wheeling and for that, we are very excited.”