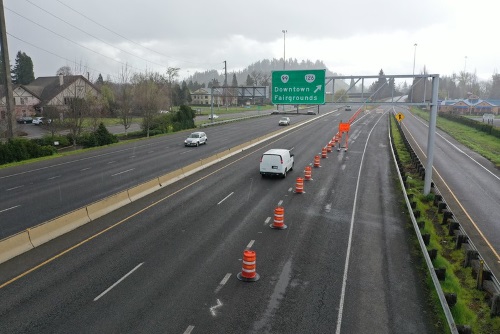 According to the U.S. Department of the Treasury, net deposits of tax receipts credited to the HTF in May totaled only $674 million; a 79 percent year-over-year decline from $3.238 billion in May 2019.

On top of that, recent data released by the Federal Highway Administration indicates that motor vehicle travel on all roads and streets dropped by 39.8 percent or 112 billion vehicle miles this April compared to April 2019.

Furthermore, the Bureau of Transportation Statistics reported on June 10 that its Freight Transportation Services Index dropped by 7 percent in April; the largest single-month drop since 2009.

“This portends how badly state transportation revenues have declined due to the COVID-19 pandemic,” said Jim Tymon, executive director of the American Association of State Highway and Transportation Officials.

Tymon described the HTF tax receipt falloff as much like a tsunami generated by an underwater earthquake; due to the lag in tax collection data, it takes time for the proverbial “wall of water” to reach the shore.

He noted Congress cannot be complacent due to this lag in revenue impact and that it needs to pass AASHTO’s request for a nearly $50 billion fiscal “backstop” to buttress state DOT budgets.

“When we originally requested the backstop in April, we expected it to offset an estimated 30 percent loss in state transportation revenues over the next 18 months,” Tymon said.

“The HTF numbers are consistent with our expectation of a delayed but massive short-term decline in transportation revenue,” he pointed out. “While we expect those numbers to improve as states move to different phases of reopening, it looks increasingly like the recovery period may last well beyond the 18-month window we initially projected.”