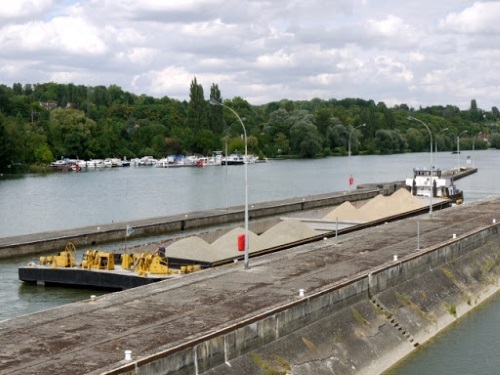 The U.S. Maritime Administration is disbursing $9.5 million in grants to eight marine highways projects via its America’s Marine Highway Program or AMHP. Those grants will help support the enhancement of navigable waterways and expands existing waterborne freight services in 10 states along with American Samoa.

[Above photo via MARAD.]

The agency said its AMHP initiative promotes the increased use of navigable waterways to ensure landside congestion relief, new and efficient transportation options, and increased performance of the surface transportation system – working with public and private stakeholders to achieve these goals.

Of the eight projects that were awarded grants, MARAD said seven are located in opportunity zones, which were created to revitalize low-income and economically distressed communities using private investment.

“U.S. waterway freight systems offer a safe and efficient option for shippers and reduce road traffic and emissions while providing jobs, commerce, and crucial resources to dozens of communities across multiple states,” he said.

He added that in the last four years, MARAD has provided $33.8 million in AMHP grants.