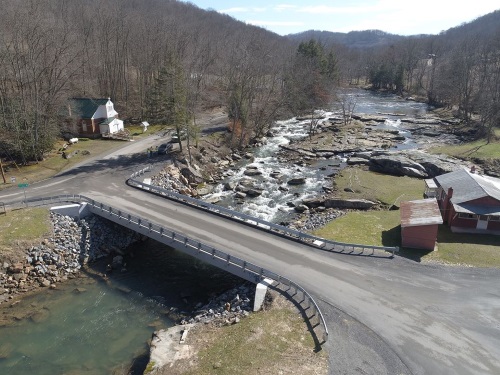 A “status report” issued by the American Society of Civil Engineers on June 25 outlines the COVID-19 pandemic’s “detrimental effects” on a broad swath of publicly-owned U.S. infrastructure assets – from airports and inland waterways to roads, bridges, and transit systems.

[Above photo by the WVDOT.]

That report – dubbed COVID-19’s Impacts on America’s Infrastructure – also notes that municipal and state budgets have had to “re-prioritize spending” due to falling tax and fee revenues, reducing fiscal support for parks, schools, and other publicly owned infrastructure. Examples include:

ASCE’s report also provides several fiscal options help those infrastructure systems recover from the pandemic, including but not limited to:

“Prior to the COVID-19 pandemic, our nation’s infrastructure was already in a crisis,” explained K.N. “Guna” Gunalan, ASCE’s president, in a statement.

“Each American household was already losing at least $3,400 each year  in disposable income due to poor and outdated roads, bridges, electric grid, water systems and more-systems that are critical to the public’s health, safety and welfare,” he added.

“I encourage Congress to review this report and its solutions, and make infrastructure investment a priority in their immediate response and long-term economic recovery strategy, so that we can get Americans back to work and use this opportunity to rebuild more resiliently,” Gunalan said.