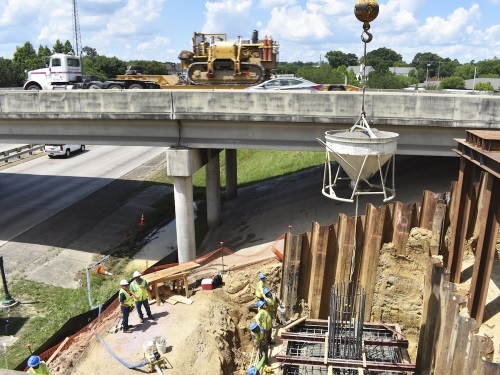 Effectively managing a state transportation department is hard enough. Leading a state DOT through a crisis is tougher. But what about when two disasters hit simultaneously?

Dr. Shawn Wilson, secretary of the Louisiana Department of Transportation and Development, actually had four simultaneous disasters on his plate on Friday, June 5.

In addition to transportation issues related to the ongoing COVID-19 pandemic, Wilson found himself deeply engaged in a special session of the state legislature looking at serious budget cuts that could affect transportation projects.

Meanwhile, civil rights protestors in the wake of the George Floyd killing had already shut down major roadways for three straight evenings in New Orleans while a tropical storm in the Gulf of Mexico aimed itself straight for the vulnerable Louisiana coast.

The Louisiana DOTD’s situation is not unique, which is why the American Public Health Association and the American Flood Coalition created the “Dual Disaster Handbook” – a 25-page guide to help public officials plan “a proactive response as communities face multiple threats,” according to an APHA statement.

The handbook is a “practical publication” predicated on the assumption that spring and summer flooding will occur across the country as states are still grappling with COVID-19 related issues.

However, the recommendations and checklists are relevant for any crisis management situation, APHA said.

Included in the handbook are several real-world situations that arise during a disaster, such as: the top five procurement mistakes that may lead to an audit; examples of how some agencies properly prepared for and executed plans through a disaster; and checklists of recommended actions for agency leaders who are facing simultaneous disasters.

“We’re planning for evacuation buses and mobilizing our people, but from a pandemic perspective, we’re also having to take into account screening people and providing PPE,” he explained. “Someone may not want to get on the bus because of COVID-19 and we have to prepare and train our employees to deal with that kind of situation.”

Wilson added that he welcomes the publication of the Dual Disaster Handbook and plans to distribute copies of it to his fellow committee members on the Transportation Research Board’s Committee on Transportation Resilience Metrics.

“When we’re organizing an evacuation, we usually can put at least 46 people on a bus,” he noted. “But during this pandemic, we can only have about 13 people on a bus. When you factor in families and pets, it gets complicated. Sometimes you’re looking at what is the best of the bad choices you have. Dual disasters can be messy work.”

Happy Thursday! Get all of today's top transportation headlines right here in the AASHTO DTU.

Be sure to subscribe to get them delivered to your inbox every week day. ...