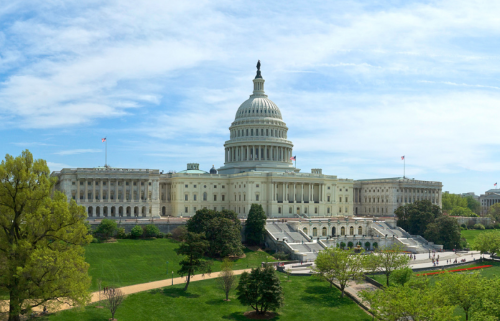 On June 22 the House of Representatives released the text of the Moving Forward Act that seeks to make $1.5 trillion worth of infrastructure investments across a number of U.S. economic sectors, such as transportation, energy, education, housing, and healthcare, among others.

That legislation includes within it the INVEST in America Act surface transportation reauthorization bill recently advanced by the House Transportation & Infrastructure Committee on June 18.

A 96-page summary of the Moving Forward Act breaks down the specific sector-by-sector infrastructure investments, including:

Yet, while some transportation industry groups support the proposed levels of infrastructure funding within the bill, the one-sided legislative process is threatening to roll back years of bipartisan policy progress.

“With historic unemployment, tremendous unmet infrastructure needs, and less than four months before the expiration of surface transportation programs, this is no time for another partisan approach to infrastructure,” noted Neil Bradley, executive vice president and chief policy officer for the U.S. Chamber of Commerce, in a statement.

“The Senate Environment and Public Works Committee produced a bipartisan bill that drew unanimous support,” he added. “We stand ready to work with Democrats and Republicans in the House and Senate to move a bipartisan bill the president can sign into law that would revive our nation’s infrastructure.”

“While we appreciate the House T&I Committee and the House leadership for recognizing the need to reauthorize the surface transportation programs before the end of this fiscal year through floor consideration of the Move Forward Act, the proposed reauthorization contained in the INVEST in America Act unnecessarily turns back the clock on the bipartisan reforms previously agreed to by Congress,” he said.

While Tymon noted that fiscal relief within the legislation for state DOTs facing challenging financial situation due to COVID-19 is welcome, in many cases, the bill also creates or increases administrative burdens for states.

He also pointed out that the Surface Transportation Advanced through Reform, Technology, & Efficient Review or STARTER Act introduced by the House T&I committee’s Republican Minority on June 17 “focuses on formula funding programs, streamlining project delivery and ensuring state flexibility – all principles adopted by the AASHTO Board of Directors.”

“Unfortunately, these critical principles are absent in the Move Forward Act,” Tymon said. “We urge both sides of the political aisle to work together to get this much-needed surface transportation bill over the finish line [and] find bipartisan consensus on diverse issues such as maintaining the flexibility and maximizing the funding of current core formula programs, addressing climate change and resiliency, improving project delivery, focusing on bridge investments, and meeting the infrastructure needs of rural and urban areas.”