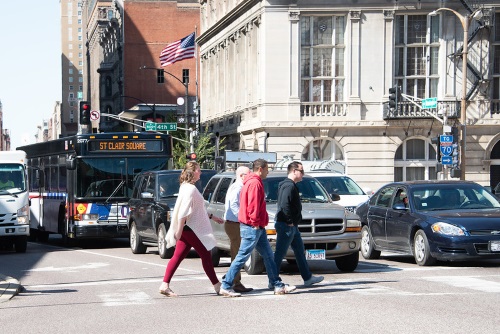 A recent survey conducted by parking application provider ParkMobile indicates that COVID-19 will have a significant impact on consumer behavior over the next two years, with those polled indicating they will commute less, travel less, and attend fewer events.

“When people do go out, they will use their personal vehicles more and opt for contactless payments when available,” noted Antonio Salamanca, senior UX researcher for ParkMobile, in a recent blog post. “This could evolve over time as people adapt to this ‘new normal’ and we will continue to monitor these trends in the future.”

According to the firm’s survey, 31 percent of those polled plan to spend less time in the office in the coming year, reporting an average of 17 hours a week less in the next year. Given that the average number of hours spent in the office in the last year was 34, this results in about a 50 percent decrease in the amount of time working out of an office and more time working from home, ParkMobile noted.

The firm’s survey also found that usage of privately owned modes of transportation should experience a 30 percent increase over the next year – especially for cars and bicycles.

ParkMobile also noted that, based on its poll, users expect to cut back on attending events or public gatherings where large groups of people crowded together by between 35 percent to 45 percent.

One notable exception, however, is the beach as they allow for more social distancing than other public areas/events and therefore will not be as impacted. According to ParkMobile’s survey, less than 20 percent of consumers it polled expect to decrease their beach attendance this year.

Finally, ParkMobile said about one-third of respondents to its poll expect to engage in less business and personal travel in the coming year, though the firm said demand for recreational vehicles is “skyrocketing” as people look for new vacation options that don’t require air travel.

Findings from a recent AAA survey further illustrates a near-term preference for car travel versus other modes of transportation.

The group predicted that people will take 700 million car trips based on economic indicators and state re-openings between July and September this year – down nearly 15 percent compared to same time period in 2019.

AAA also projects that this 2020 time period will represent the first decline in overall summer travel since 2009 – with car trips “reigning supreme” and accounting for 97 percent of the preferred summer transportation mode.

Car trips will also see the smallest decrease in travel volume of just 3 percent year-over-year, AAA noted, while air travel predicted to be off by about 74 percent and rail, cruise ship, and bus travel estimated to drop by 86 percent.