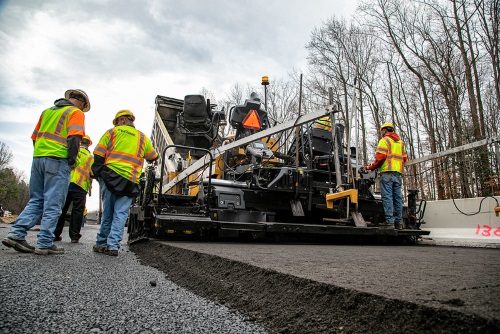 As traffic volumes begin rebounding as COVID-19 lockdown orders are relaxed, renewed emphasis is being placed on highway work zone safety especially as higher incidences of speeding recorded during the pandemic are abating only slowly.

“Though overall [motor vehicle] fatalities have decreased in the long run, the top three crash contributors – impaired driving, lack of restraint use and speeding – have persistently each accounted for nearly a third of all crash fatalities,” noted John Saunders, director of highway safety for the Virginia Department of Motor Vehicles, in testimony during a June 30 hearing before the Senate Committee on Commerce, Science, and Transportation’s Subcommittee on Transportation and Safety.

“Though we cannot yet offer data, the shutdowns, quarantines, social distancing, and the subsequent economic impact resulting from the COVID-19 outbreak have almost certainly impacted road traffic, crashes, deaths and injuries,” he added. “Notably, many areas of the country are reporting that open roads are encouraging an increase in excessive speeding, which can result in more catastrophic injuries.”

Saunders added that though about a quarter of all fatal crashes involve at least one speeding driver, the Governors Highway Safety Association believes that speeding “has become almost a forgotten highway safety issue.” That is critical, he said, because “indisputably, higher speeds are tied to an increased risk of crashes and increased crash severity” and speeding vehicles present a unique threat to other more vulnerable road users.

A new survey compiled by the Associated General Contractors of America and Texas-based software firm Heavy Construction Systems Specialist (HCSS) echoes Saunders’ point, noting that two-thirds of the 200 highway construction firms polled reported at least one crash in the past year at highway work zones they operate.

“People working in highway work zones are typically close to moving traffic,” explained Ken Simonson, AGC’s chief economist, during a conference call with reporters. “And it is important to remember that any time your job site is just a few feet away from fast moving traffic, danger is never far away.”

While the survey found COVID-19 shutdowns reduced overall traffic levels and improved work zone safety – 58 percent of respondents said changes in highway traffic levels since the coronavirus made work zones safer – Simonson said traffic is already back to 90 percent of pre-pandemic levels by some estimates, with those safety improvements likely “fleeting” the economist said.

AGC said that 24 percent of the highway contractors in its survey said a greater police presence at work zones would improve safety, while 18 percent said stricter laws against cell phone usage and distracted driving would help and 17 percent said increased use of devices such as Jersey barriers would improve protection for highway crews.