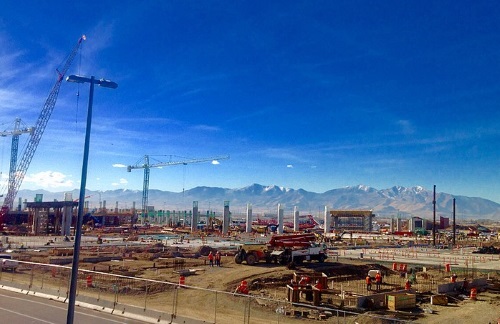 [Above photo of Salt Lake Airport via Wikimedia Commons.]

That overall pool of grant funding includes $689 million from the agency’s Airport Improvement Program as well as $104.4 million from the $2 trillion Coronavirus Aid, Relief, and Economic Security or CARES Act to cover a 100 percent federal share for airport projects.

The agency began disbursing approximately $10 billion worth of CARES Act funds in April to commercial and general aviation airports; money aimed at “supporting continuing operations and replace lost revenue” resulting from the sharp decline in passenger traffic and other airport business due to the COVID-19 public health emergency.