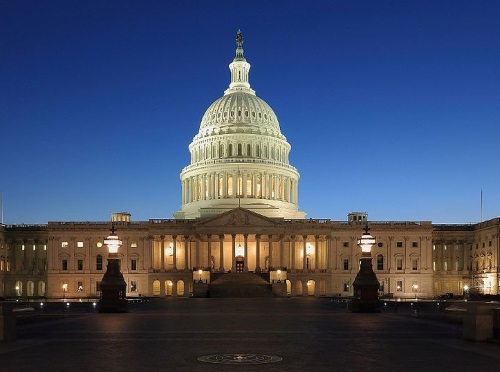 The House of Representatives on Wednesday passed its $1.5 trillion infrastructure bill H.R. 2, known as the Moving Forward Act, by a mostly party-line vote of 233 to 188 on July 1. This package was built primarily around the $494 billion INVEST in America Act surface transportation reauthorization bill adopted by the House Transportation and Infrastructure Committee on June 18 by a voice vote.

Jim Tymon, executive director of the American Association of the State Highway and Transportation Officials, emphasized in a statement that attention now turns toward the Senate, which last year passed its own version of surface transportation reauthorization.

“We urge the House and Senate leadership to pursue a bipartisan approach to transportation reauthorization that must be passed before September 30,” he said. “We firmly believe the best policy outcomes when both parties come together to find the right blend of forward-thinking, common-sense solutions.”

Tymon pointed out that AASHTO’s board of directors – which represents state DOTs from all 50 states as well as the District of Columbia and Puerto Rico – approved a set of surface transportation reauthorization priorities that includes: increasing funding for all transportation programs; maintaining the flexibility and maximizing the funding of current core formula programs; addressing climate change and resiliency; improving project delivery; and meeting the infrastructure needs of rural and urban areas.

“We look forward to working with Congress on bipartisan solutions that will uphold these priorities to ensure a robust and resilient national transportation system,” he added.

The organization also emphasized that the surface transportation provisions within that legislation “significantly increase administrative burdens on state DOTs” and make it “more difficult [for them] to operate and maintain the transportation network that serves as the backbone of the United States economy.”

However, AASHTO and six other state, local, and transportation groups appreciated in a separate letter on June 26 that no provisions for “additional federal preemption of state and local authorities” in regard to autonomous vehicle oversight were included in the House’s infrastructure package.