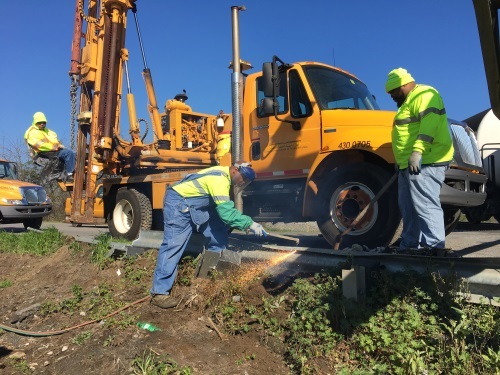 The Georgia Department of Transportation’s West Central Region is using new guardrail repair and replacement procedures that not only increases the efficiency of the repair/replacement process but also resulted in a dramatic increase in payment collections for damage from the public, saving the department – and the taxpayers – money.

Many of Georgia’s 278 miles of interstate and 3,322 miles of state routes are lined with protective guardrails that prevent vehicles from running off the roadway or colliding with obstacles. Through May, Georgia DOT’s West Central Region reported it had handled more than 600 reports of guardrail damage, resulting in more $500,000 in expenses.

The division noted in a blog post that instead of spreading out the guardrail repair/replacement process among multiple employees in different offices across its region, administrators decided in 2019 to make one employee within each of the region’s maintenance depots responsible for coordinating the entire process, from accident reporting to accounting.

“It takes many hours per week, contacting maintenance foremen to inspect guardrail, reaching out to our collections agency, compiling documentation and recording statistics,” noted Jenifer Shepard, a maintenance manager system clerk in charge of guardrail repair/replacement efforts at one of the West Central Region’s depots. “The process goes much faster, though, because instead of a number of people having to coordinate efforts, I can take care of all the moving parts myself.”

Georgia DOT reports that it is also a process that’s proven to be beneficial budget-wise. In FY 2018, West Central collected $872,321 in guardrail compensation payments. In FY 2019, under the new system, the region received more than $1.07 million – increasing collections by 23 percent. In the first six months of FY 2020, the region has already brought in $556,063 and is on target for more than $1 million by fiscal year end.

“By realigning the process so that a single person handles all the moving parts, we’re not waiting for multiple, busy employees to coordinate among themselves,” explained Wesley Kennedy, a Georgia DOT maintenance engineer. “The results speak for themselves.”