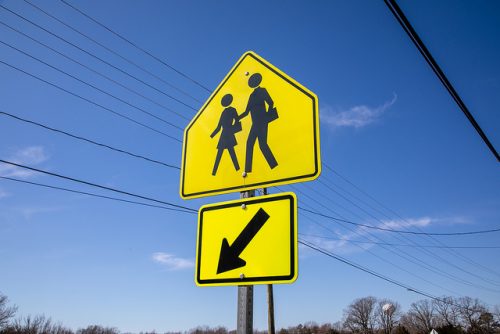 The focus and attention of the top U.S. Department of Transportation Officials was on pedestrian safety on Wednesday, July 8.

U.S. Transportation Secretary Elaine L. Chao kicked off the first of three online forums dubbed “USDOT Summit on Pedestrian Safety – Virtual Series” by noting that pedestrian fatalities reached a peak in 2018, at a rate that is four times higher than in 1972.

While preliminary 2019 data suggest that pedestrian fatalities could be trending downward, Chao said the forums, originally envisioned as an in-person meeting, will help USDOT complete a national action plan on pedestrian safety.

This first session included an overview of the draft USDOT planned actions to address pedestrian safety, as well as comments and discussion from industry representatives.

James Owen, deputy administrator of the National Highway Traffic Safety Administration, said that NHTSA was launching the first ever national campaign to address pedestrian safety and that October will be “Pedestrian Safety Month.”

“Everyone shares in responsibility for road safety,” Owen said. “We all have a role to play … together I know we can make a difference. But most importantly we can save lives.”

FHWA Administrator Nicole Nason noted that it will take a broad effort to eliminate pedestrian fatalities: “Pedestrians are our most vulnerable road users and reducing pedestrian fatalities is a team effort that requires collaboration between federal, state and local leaders.”

Patrick McKenna, Missouri DOT director and president of the American Association of State Highway and Transportation Officials, said that state DOTs are using countermeasures and programs that incorporate the principles of safe systems and complete streets to improve safety. Examples include broader application of strategies that make improvements at individual intersections, crossings, sidewalks, and other facilities may include signal timing improvements, pavement markings, refuge islands, and other treatments.

“Every state recognizes the need to do something about pedestrian safety,” McKenna said. “You can see this in the actions being taken across the country.”

McKenna noted that in addition to improving data collection and analysis, state DOTs are “working on ways to change the way we think about how we plan, build, operate and use our transportation facilities so that all our decisions are made with the safety of all road users in mind.”

USDOT has posted a “virtual” pedestrian safety booth with videos, publications and web resources. More information on the virtual series and the two upcoming forums on July 15 and 28 is available at http://www.pedestriansafetysummit.com.