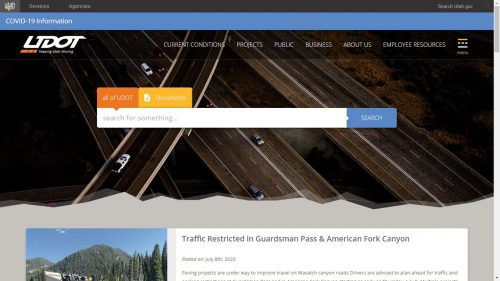 The Utah DOT this week welcomed visitors to a new website design, the first design update in 15 years.

The department released a video explaining the changes.

According to a statement, the department worked with Utah Interactive to overhaul the old site “based on research that involved those who use the website the most, the general public, contractors and consultants and our employees.”

UDOT noted that people use the internet differently than when the old site was developed.

“Not only did we change the appearance and organization of the site but we also cleaned house,” reducing thousands of pages and downloads, the announcement said.