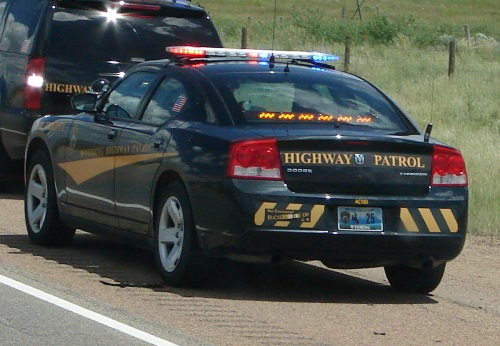 [Above photo by the Wyoming Highway Patrol.]

GHSA said the grants will help states implement key recommendations in its High-Risk Impaired Drivers: Combating a Critical Threat issued in December 2019; a report that urges states to prevent repeat offenders and reduce the number of fatalities by taking a multidisciplinary approach to this problem: identifying the root cause of an offender’s behavior, determining the appropriate sanctions, and preventing recidivism.

The grants are also aimed at boosting state efforts to combat decade-long growth in impaired driving-related highway fatalities. GHSA said there has been a 16 percent increase between 2006 and 2016 in the number of impaired drivers killed in crashes who tested positive for multiple substances, including drugs and alcohol, according to the National Highway Traffic Safety Administration’s Fatality Analysis Reporting System.

“Vehicle miles traveled fell drastically during the pandemic, but that decline didn’t result in improved safety on our nation’s roadways,” noted Jonathan Adkins, GHSA’s executive director, in a statement.

“Alcohol and drug impaired driving persisted, with prevention experts warning the problem may worsen as people continue to worry about contracting the virus, recover from the economic fall-out and adhere to social distancing requirements,” he said. “All are triggers for substance use making this grant program even more important.”