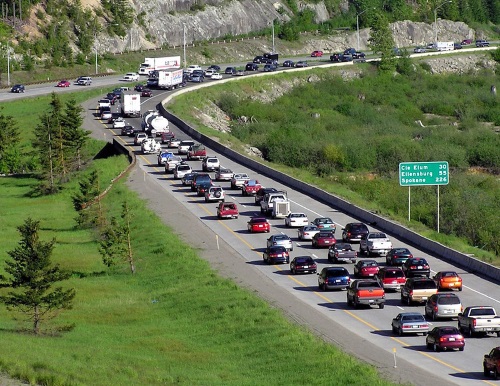 The 11th annual Mineta Transportation Institute (MTI) national transportation tax survey found that 54 percent of the 2,515 adults living in the United States it polled support a “business road-use fee” assessed on the miles driven by delivery and freight trucks, with 52 percent supporting such a fee on either taxis or ridesharing vehicles as well.

[Above photo by the Washington State DOT.]

Concurrently, MTI found 75 percent of its survey respondents support a 10-cent increase in the federal motor fuels tax if the revenue raised is dedicated to highway maintenance projects. However, that support drops to 44 percent if that increase in fuel tax money is used “more generally” to maintain and improve the transportation system, the group noted in a statement.

MTI’s survey – entitled What Do Americans Think about Federal Tax Options to Support Transportation? Results from Year Eleven of a National Survey – also found that support for raising the federal motor fuel tax has risen slowly but steadily since 2010 for all of the tax variants that tested throughout this annual series, with increased support ranging from 8 to 20 percentage points.

The group also noted that just 3 percent of respondents knew that the federal motor fuel tax rate had not been raised in more than 20 years, while only 25 percent knew approximately when their state had last raised its gas tax rate.

Other findings from MTI’s 2020 survey include: