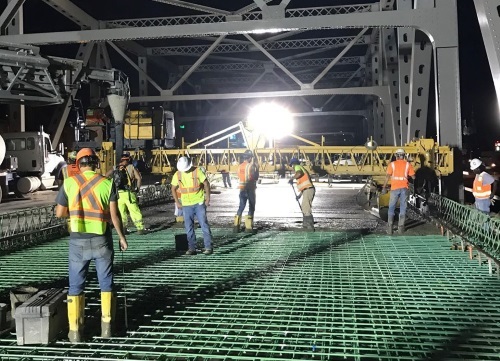 Governor J.B. Pritzker (D) and the Illinois Department of Transportation jointly announced a $21.3 billion plan to improve Illinois roads and bridges over the next six years on July 21, with $3.15 billion expected to be disbursed in the current fiscal year.

That money comes from the Rebuild Illinois capital plan, passed by the state legislature and signed into law by the Governor in June 2019.

“Illinois remains a hub for commerce and transit – and not just for this nation, but for the entire global economy. We are the fifth largest economy in the United States, and the crossroads for national and international companies who need our roads and airports and rail and rivers and people to move their products,” explained Gov. Pritzker in a statement.

“Even in a pandemic – especially in a pandemic – our transportation systems connect the lives of our residents and our communities. Our roads and bridges deliver Illinoisans to work and home again, to school, to the pharmacy, to the doctor’s office,” he added. “[This plan] provides funding to reconstruct over 3,300 miles of roads and over 8 million square feet of bridges – and, more importantly, create and support hundreds of thousands of jobs over the next 6 years for hardworking Illinoisans across our state.”

“Throughout the COVID-19 pandemic, [we have] focused on continued investments in infrastructure to keep people safe and the economy moving,” noted Omer Osman, acting transportation secretary. “The multi-year plan keeps us on task during these uncertain times. While we are not cutting or delaying projects, we will continue monitoring the impacts on future revenues to ensure we are investing taxpayer resources wisely.”

The Illinois DOT also noted on July 16 that it will invest $1.55 million to leverage a total investment of $31 million for airport improvements in Quincy, Rockford and Champaign-Urbana – a “commitment” by the state to “improve safety and boost capacity” while furthering the agency’s mission to build and maintain a multimodal transportation network.

“This latest commitment will only strengthen the important role that aviation plays in Illinois,” Osman noted in a separate statement; noting that the Illinois aviation system consists of more than 825 landing facilities, including commercial, reliever and general aviation airports, private landing areas and hospital heliports.

The agency said that the bulk of that airport funding comes from $27.9 million in supplemental discretionary funding via the Federal Aviation Administration’s Airport Improvement Program, with the Illinois DOT providing the matching funds to maximize the funding opportunity and accelerate construction.