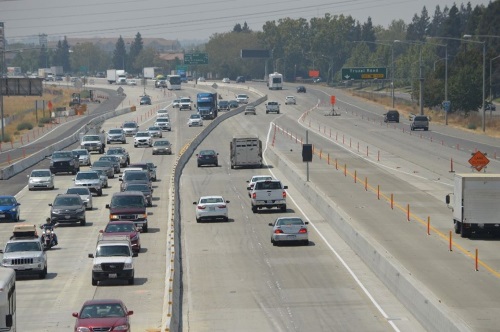 The California Department of Transportation and the University of California-Davis recently released two reports highlighting ways to prevent rare but often deadly collisions involving wrong way drivers; a type of crash scenario state departments of transportation across the country are trying to reduce.

That three-year effort found one of the prevention measures being tested – installing reflectors that alert drivers they are entering the roadway in the wrong direction – proved so successful at deterring wrong way drivers that Caltrans has already installed them on hundreds of miles of highways.

“Adding the two-way reflective markers proved to be so effective that Caltrans updated its statewide design standards,” explained Toks Omishakin, the agency’s director, in a statement. “It’s a low-cost measure we can use throughout the state to deter wrong way drivers and potentially save lives on California’s highway system.”

The second report – Wrong Way Driving: Vision-Based Sensor System for Site Monitoring – contains findings from an ancillary study conducted by AHMCT and Caltrans during the three-year pilot program on the use of vision-based site monitoring (VSBM) in Sacramento; technology that helped provide more detail on the actions that lead to wrong way driving incidents.

“Our hypothesis was that some of the causes of wrong way driving start before a driver enters the ramp,” said Ty Lasky, a researcher and AHMCT co-director, who helped lead that second study. “In order to test this, we wanted to extend our field of view to capture as much of the roadway around the exit ramp as possible.”

The VSBM system consisted of a camera, analytical software, solar panels, and a modem mounted on poles near exit ramps. The system recorded video when the camera detected a wrong way driver, which allowed the team to study a vehicle’s path before, during, and after a wrong way driving incident.

“Video gave us a more comprehensive understanding of driver behavior and factors that contribute to wrong way driving,” added Bahram Ravani, a UC Davis distinguished professor working with the AHMCT. “This opens the door for further deployment of our system across the state as counties and municipalities try to mitigate wrong way driving.”

For example, the Nevada Department of Transportation installed and activated a wrong-way driver detection and alert system on 20 freeway ramps along U.S. 395 in northern Nevada in January 2019.

Meantime, the Ohio Department of Transportation began building the Buckeye state’s very first wrong way driver detection system along an 18-mile stretch of I-71 in July 2019 – a system that includes 92 electronic signs and 82 detection devices at 23 locations.

Then there is the Arizona Department of Transportation, which has won awards for its wrong way detection system, which it started pilot testing on 15 miles of Interstate 17 outside Phoenix in 2018.

The Arizona DOT’s effort – which began in 2014 – included installing hundreds of additional and more visible “wrong way” signs along Phoenix-area freeways as part of ongoing efforts to get the attention of often-impaired drivers who go the wrong direction on off-ramps or in travel lanes.