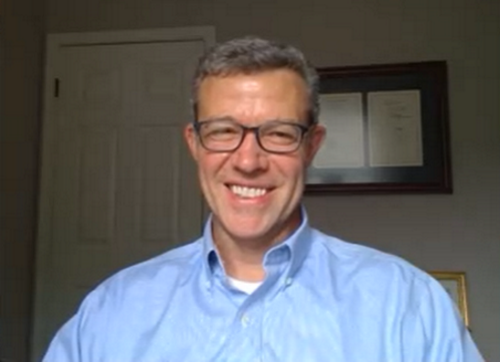 The Engineering News-Record named Jim Tymon, executive director of the American Association of State Highway and Transportation Officials, one of its “Top 25 Newsmakers” for 2019 for coordinating a successful industry-wide push to repeal a $7.6 billion rescission of federal-aid highway contract authority – a budget cut originally mandated by the 2015 Fixing America’s Surface Transportation or FAST Act that would have occurred in 2020.

According to Tymon’s award citation, Steve Hall – a senior vice president with the American Council of Engineering Companies – credited Tymon and AASHTO with “absolutely sterling work” in leading the rescission repeal effort, while Sean O’Neill – a senior vice president with the Portland Cement Association – added that Tymon’s leadership, persistence and efforts to build a coalition to educate Congress about the cut’s impact on state department of transportation contracts were “critically important” in the legislative win.

Tymon, however, played down his role in the successful effort to repeal the rescission, giving most of the credit to state DOT chiefs, key members of the Senate and House of Representatives, plus an array of transportation industry groups. He also praised AASHTO staffers for their role in the rescission repeal push, in particular Joung Lee – the group’s policy and government relations director.

“It really was this collective effort,” Tymon explained during a panel discussion with several of his Top 25 newsmakers to discuss infrastructure issues.

“One of the things we always find is that there is a lot of bipartisan support for infrastructure investment among politicians whether at the local, state, and federal level – it really is across the board,” he said.

“Where we run into problems is how to fund transportation projects at the federal level. It is not that federal-level elected officials don’t see the need to invest in infrastructure projects; it is just that there doesn’t seem to be the political will to raise the revenues to invest what’s needed to bring our infrastructure up to a state of good repair,” Tymon noted.

“So it is just about finding a way to tell the story so that all elected officials feel comfortable taking that leap of faith to raise revenue resources,” he added.