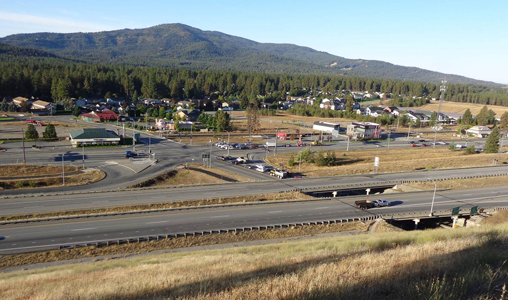 The Idaho Transportation Department is adding traffic count data for the previous five years to its Traffic Tracker tool, launched in March, to provide better “context” to those using that data.

[Above photo by the ITD.]

The ITD said its Traffic Tracker tool is designed to track acute day-to-day changes in traffic patterns across the state; information that proved particularly helpful to businesses, healthcare providers, and emergency managers in understanding the impacts of the COVID-19 pandemic.

Yet the agency noted that the tool’s “detailed data” became unwieldy and unhelpful over the last several months. Now, with this new update, traffic data is averaged to monthly counts and plotted alongside the previous five years of data.

“We have been tracking this data for years now,” added Margaret Pridmore, ITD’s roadway data manager, in a statement. “This is information we’ve been gathering into reports for ITD executives and the Governor’s office. With the innovation of the original traffic tracker interface, we’re now able to make this data readily available to the general public. It’s a great step in increasing transparency and providing helpful information to the people we serve.”

With a year-over-year comparison compiled every month, the information puts into context the broader impact of the pandemic on travel across Idaho, she said – pointing out that there’s been a steady increase in traffic the last five years due to the exceptional growth of the state and a booming economy.

Pridmore noted that those traffic numbers took a nose dive in March and April, quickly rebounded in May, and as of now remain slightly lower than previous years — with some notable exceptions.

“We’re seeing record travel to remote areas of the state, such as the Central Mountains,” she explained. “Boise County in particular is seeing more vehicles on Idaho Highways 55 and 21. It is a sign of people getting out of denser population centers during the pandemic.”