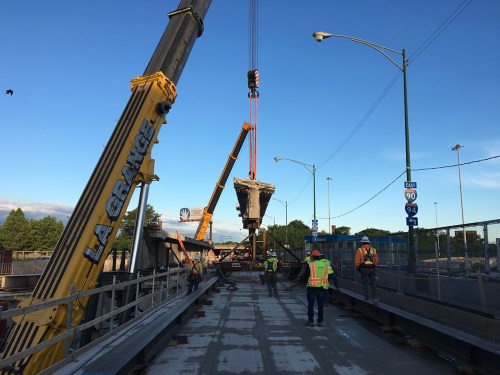 Governor J.B. Pritzker (D) and the Illinois Department of Transportation issued the second of six $250 million grants to counties, municipalities and townships on July 31 to address local transportation needs – funds that come from the six-year, $45 billion Rebuild Illinois capital plan established in 2019.

“In Illinois, we don’t have just state or local roads and bridges, but one system of transportation that stretches across all modes and involves multiple partners working together,” noted Omer Osman, Illinois DOT’s acting secretary, in a statement. “This funding through Rebuild Illinois means our cities, neighborhoods and rural areas have the resources they need during this uncertain time [while] also enhancing quality of life, encouraging additional investment, and improving safety for years to come.”

The agency said the local funding component of the Rebuild Illinois grant program is distributed via the state motor fuel tax formula, which resulted in in an additional $860 million for counties, municipalities, and townships in the past fiscal year alone.

Additionally, as part of the recently announced fiscal year 2021 through 2026 proposed highway improvement program, the Illinois DOT plans to invest $21.3 billion to improve roads and bridges over the next six years – with $4.7 billion dedicated to local transportation systems.

Concurrently, the Illinois DOT is also working on seven major highway projects in the Champaign-Urbana area; projects that represent a total investment of more than $83 million for the region, with $73.5 million coming from the state’s Rebuild Illinois capital program.

The agency noted in a separate statement that all seven projects are based along the Interstate 74/57 corridor, with four of the seven are ongoing, with two starting later this summer and one slated for May 2021.