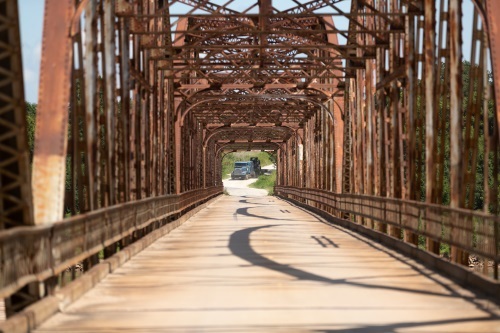 The Oklahoma Transportation Commission recently approved a nearly $880 million County Improvements for Roads and Bridges or CIRB plan, updated for fiscal years 2021 through 2025.

That plan, managed by the Oklahoma Department of Transportation, is set to replace or rehabilitate 313 county bridges – of which 151 are structurally deficient or functionally obsolete – and to improve 585 miles of county roads in the next five years.

“Oklahoma’s county road network accounts for 60 percent of the state’s bridges and 73 percent of its centerline miles on our state’s transportation system and this funding is fundamental to keeping the ‘off-system’ infrastructure online for years to come,” said Tim Gatz, Oklahoma DOT executive director, in a statement.

The agency said the updated CIRB plan for FY 2021-2025 is comprised of 209 projects within all 77 Oklahoma counties. The Oklahoma DOT added that it will work with eight Circuit Engineering Districts to prioritize projects of the highest need in each county and make the most of state, federal, local, and tribal funding sources.

The plan also allows counties to work together to pool resources to address high-priority projects too large for any one county to accomplish.

The Oklahoma DOT added that the plan includes several “new and significant” projects, such as: