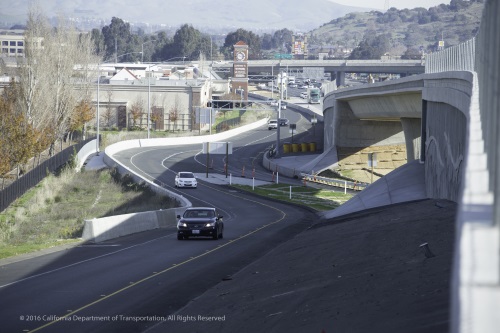 New case-study research from the Mineta Transportation Institute indicates that a payment of $15 a day would be enough to “incentivize” commuters to accept the minor inconveniences of carpooling – and, in the process, reduce traffic congestion by as much as half.

The MTI’s report – dubbed Congestion-Clearing Payments to Passengers – is based on the study of a long-standing bottleneck location on Highway 92 in Half Moon Bay, CA, that found at $15 a day, half of people driving on that busy road would be willing to travel as passengers and another 23 percent would be willing to serve as drivers.

Additional findings from this case study revealed that:

As a result of its research, MTI proposed a five-year, $40 million pilot project on Highway 92 to test the carpool payment findings of its report. The group estimated that potential savings from the carpool payment plan – largely due to reductions in traffic congestion – would begin to accrue in years three to five of the project after an initial “learning curve.”

“The potential value of this solution, if it works as well with real commuters on congested roads as it does in the planning spreadsheets of this project, is many multiples of this investment both nationwide and worldwide,” noted Paul Minett, the report’s principal investigator, in a statement.

He added that while the long-term impacts of COVID-19 on traffic volumes are “still being assessed,” MTI’s carpool payment project team foresees two trends that may impact traffic congestion in the near future – reduced use of public and shared transport due to virus transmission concerns and a reduction in commuter traffic as employees continue to work from home.

“The net effect is difficult to predict because there might be lasting damage to economies depending on how long the disruption of COVID-19 continues,” explained John Niles, one of the report’s co-authors.

“Either way, the aftermath will be an ideal time to test CCPTP and could offset financial losses from the disruption caused by COVID-19 by redistributing funds to people; and encourage, as soon as is appropriate, a return to shared transport as a mechanism for managing congestion,” he said.