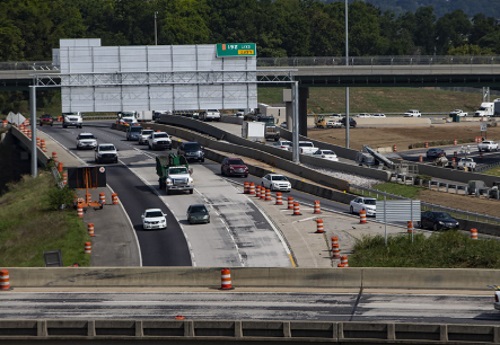 The Alabama Department of Transportation is launching an anti-litter campaign entitled “Trash Costs Cash.” The campaign will use television, radio stations, and social media sites such as Facebook and YouTube to highlight a major increase in litter fines and penalties authorized by the state legislature in 2019.

[Above photo by the Alabama Governor’s Office.]

The Alabama DOT — which spent almost $7 million in 2019 to clean up litter along state roadways – noted that fines for littering have doubled. The minimum fine is now $500, up from $250 for a first conviction, while the second conviction is $1,000 and up to 100 hours of community service.

“Litter can harm our environment and have a negative impact on road safety and the natural beauty of our state,” said Allison Green, coordinator for Drive Safe Alabama at the Alabama DOT, in a statement.

“If we each play our part in keeping our state clean, we won’t be impacted by the rising litter fines. More ALDOT funding can be spent on improving the roads we drive instead of litter pickup,” Green added.

Removing roadside litter is a costly ongoing endeavor for state departments of transportation, as illustrated by a study issued by the Pennsylvania Department of Transportation in February.

PennDOT’s study found that its crews, contractors, and volunteers removed 502 million pieces of litter from Pennsylvania’s roads in 2019, with the most common being cigarette butts (37 percent) and plastics (30 percent).

March 8, 1887: The Passing of “Captain Eads,” a Renowned Inventor and Civil Engineer

James Buchanan Eads, an internationally renowned inventor and civil engineer, died at the age of 66 while vacationing in the Bahamas. Eads had been born in Lawrenceburg, Indiana, in 1820. He was named after his mother’s cousin James Buchanan, who was a U.S. congressman at the time and would go on to become the 15th president.