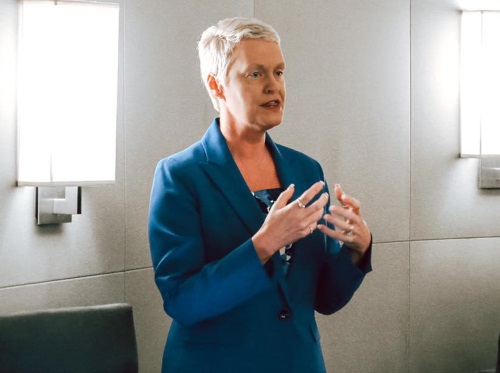 Jennifer Cohan plans to retire as secretary of the Delaware Department of Transportation at the end of October, when she will join Leadership Delaware as its chief executive officer.

Then-Governor Jack Markell (D) appointed Cohan to lead the Delaware DOT in January 2015, and after her confirmation by the state legislature, she became only the third woman to serve as transportation secretary in the department’s 100-year history.

Cohan’s state public service career spans more than three decades. She previously managed the clean water program at the Delaware Department of Natural Resources and Environmental Control and worked as a budget analyst for the General Assembly in the Office of the Controller General.

Prior to becoming Delaware DOT secretary, Cohan served as the director of the Delaware Division of Motor Vehicles for eight years, where she led a transformation of the DMV through investments in technology and a focus on customer service.

“Secretary Cohan has been a tremendous asset to our team and to the State of Delaware for more than 30 years,” noted current Delaware Governor John Carney (D) (seen at left with Cohan) in a statement.

“Jen modernized the Division of Motor Vehicles as the first woman to ever lead the division, and oversaw the development of the state’s largest-ever public infrastructure program as DelDOT secretary,” he added. “Her experience, intellect and depth of knowledge about how state government works will not easily be replaced.”

Majeski has served as the agency’s deputy secretary since 2011. She previously worked for New Castle County government, serving as chief of staff to then-County Executive Chris Coons.