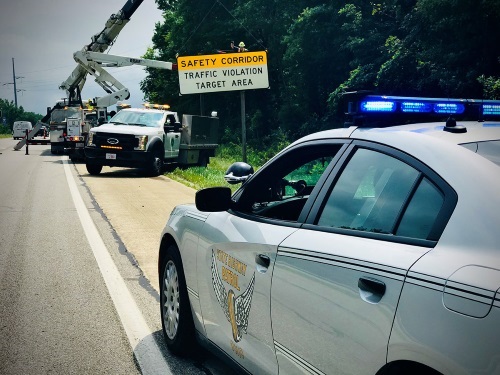 The Ohio Department of Transportation and Ohio State Highway Patrol are creating a new safety corridor along a section of State Route 2 running between Erie County and the Interstate 90 interchange in an effort to reduce motor vehicle crashes, along with the fatalities and injuries resulting from them.

From 2015-2019, 588 crashes resulting in 106 injuries and five fatalities occurred along that section of SR 2; statistics garnered the attention of the Ohio DOT and State Highway Patrol, which subsequently developed a plan to add new signage alerting motorists when they enter and exit the corridor, emphasizing the critical importance of safe driving habits.

“Contributing factors to a large percentage of the crashes in this corridor include following too close, changing lanes improperly, and traveling at unsafe speeds,” explained Bob Weaver, Ohio DOT District 3 deputy director, in a statement. “We appreciate this partnership with the Highway Patrol and are looking forward to reducing these types of crashes as a lot of them could be avoided if drivers would slow down and pay attention.”

The State Highway Patrol will also increase enforcement along the corridor to discourage dangerous driving behaviors as part of that overall effort to reduce crashes.

The Ohio DOT added that highlight the significance of safe driving practices is more important than ever right now as, so far this year, there have been 646 traffic deaths; 18 more than at the same point in time in 2019. This increase comes despite reduced traffic volumes throughout the state, the agency emphasized.