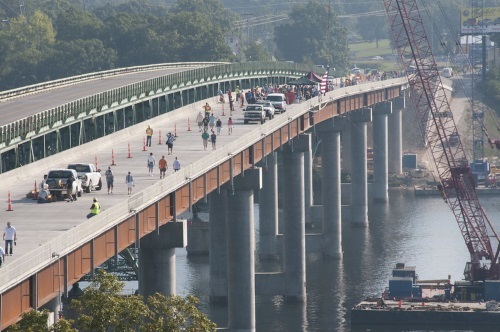 The Missouri DOT awarded a $21.3 million contract on August 12 that could eventually improve, repair, or replace more than two dozen bridges in the southeastern part of the state via the Bootheel Bridge Bundle design-build project.

“The purpose of the Bootheel Bridge Bundle project is to repair or replace 15 bridges in the Southeast District,” said noted Benji Philpot, the project’s director for the department, in a statement. “Due to the innovative nature of design-build projects, we also identified 10 more bridges as potential add-ons to increase the value of the project.”

Initial work will begin on improving 17 bridges early this fall, with completion of the entire project is anticipated on or before December 31, 2023.

Thirteen of the bridges in the Bootheel Bridge Bundle are included in $351 million Focus on Bridges program passed by the state legislature and signed by Gov. Mike Parson (R) in May 2019; a program that aims to repair or replace 250 bridges to help boost economic development statewide and improve the quality of travel for the general public.

“With one of the nation’s largest but lowest-funded highway systems, Missouri’s road and bridge needs must be addressed to ensure we have the framework for future access and expansion,” he explained in a 2019 statement. “Our bridge program is critical to meeting those needs.”

Meanwhile, the Nevada DOT awarded a $17.1 million construction contract on August 11 to improve a 32-mile stretch of U.S. Highway 95.

The Nevada DOT noted in a statement that the stretch of roadway being improved by this project is considered “vital” for supporting essential travel and supply chain deliveries across the state as that 32-mile section of roadway carries rough daily average of 8,400 vehicles, with 18 percent of that traffic coming from heavy truck travel.

The six-month-long project – which is expected to begin in September and wrap up in the spring of 2021 – calls for placing new asphalt pavement and turn lanes, plus creating a new two-mile-long northbound passing lane, widening freeway shoulders, and flattening side slopes for safer vehicle turnouts, the agency said.

Other upgrades include: highway drainage and lighting improvements; installing Intelligent Transportation System or ITS wiring and conduits; and hydro-seeding 4.4 acres and transplanting 366 trees.