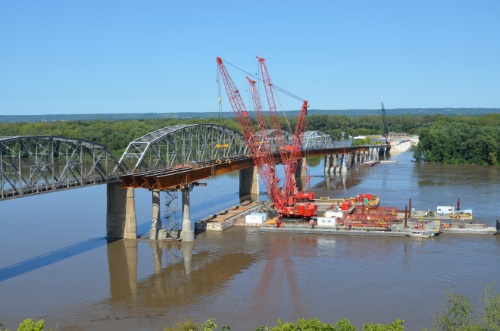 A host of transportation projects in Minnesota, Missouri, Ohio, and Wisconsin earned regional recognition in the 2020 America’s Transportation Awards competition that boost mobility, save lives, and improve the overall quality of life for their communities.

“The people who planned, engineered and built these projects deserve recognition for the positive impacts they have provided through these investments in local communities,” explained Patrick McKenna, director of the Missouri Department of Transportation and the American Association of State Highway and Transportation Officials 2019-2020 president, in a statement.

“Their work represents a dedication to connecting people and improving local economies while implementing creative solutions,” he said.

In the America’s Transportation Awards competition – sponsored by AASHTO, AAA, and the U.S. Chamber of Commerce – state departments of transportation compete in three categories: Quality of Life/Community Development; Best Use of Technology and Innovation; and Operations Excellence.