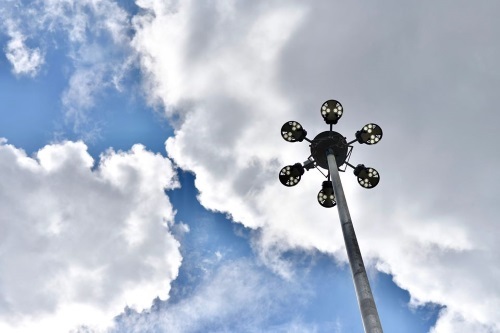 The West Virginia Division of Highways within the West Virginia Department of Transportation wrapped up a major lighting project along Interstate 77 in Kanawha County to increase visibility and overall safety for commuters in the area.

The $1.6 million project involved the installation of high mast lighting towers at the interchanges at Exits 106 and 111, the agency noted.

Byrd White, the West Virginia DOT secretary, noted in a statement that poorly lit sections of roadways are often “hot spots” for vehicle crashes. That’s why “these new lights will dramatically increase visibility on one of our busiest interstates in West Virginia and provide a safer route of travel for those passing through,” he said.

“Safety is absolutely our number one priority and this project clearly demonstrates our commitment to every aspect of our highway system,” added Jimmy Wriston, the agency’s deputy secretary.

“Projects like this are a continuing, integral part of the [highway] division’s ‘above and beyond’ philosophy in regard to not only work zone safety but safety in everyday use of our roadways,” he explained.

Improving highway and street lighting has been the focus of several state departments of transportation projects in recent months.

In May, the Oregon Department of Transportation started work on a project to convert more than 8,000 high-pressure sodium streetlights in the Portland area to light-emitting diode or LED fixtures – a change that should reduce the agency’s energy bill for street lighting in the Portland area by half, saving taxpayers $700,000 to $800,000 a year.

The agency added that most high-pressure sodium lights used in the Portland area today require maintenance every two to four years, but the new LED fixtures need replacing every 15 to 20 years. The longer lifecycle for each LED fixture also means less disruption to traffic created when maintenance workers replace lights.

Meanwhile, the Virginia Department of Transportation contracted with Trane Commercial in December 2019 to replace more than 9,600 highway lights with light-emitting diode or LED technology; a project expected to reduce energy consumption by more than 50 percent while tripling expected lifetime for those lights from five to 15 or more years.

The agency added that its lighting replacement project should result in a cumulative net savings of $4.6 million by 2036 due to lower energy bills and reduced operations and maintenance costs for future light replacement. It will also improve visibility for motorists as well, the Virginia DOT emphasized, boosting roadway safety.